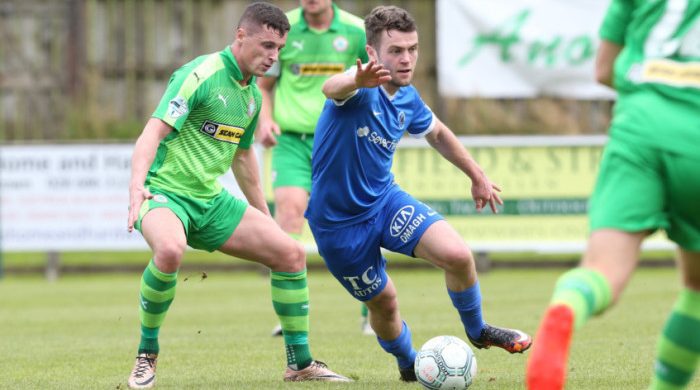 Donegal man Shane McGinty was on the receiving end of an X-rated tackle on Saturday during Ballinamallard United’s win over Carrick Rangers.

Ballinamallard earned a timely first win of the season when they defeated Carrick 2-0 at Ferney Park, thanks to first-half goals by Matty Smyth and Jonny Leddy.

It had been a torrid start to the season by Mallards, managed by ex-Finn Harps boss Gavin Dykes, who lost nine and drew one of their first ten League games.

They got the win they craved on Saturday, though.

St Johnston native McGinty was fortunate to escape serious injury when Mark Edgar, the Carrick left-back recklessly lunged in with an 80th minute challenge that earned him a straight red card.

Former Finn Harps players Richard Brush and Ryan Curran also featured for Ballinamallard in the win over Carrick, who had ex-Harps man Harry Doherty in goal.

You can watch highlights of the game, via BBC, here: http://bbc.in/2gWH98w