Pat Shovelin: ‘A Gentleman and a legend’ laid to rest amid tearful scenes

The crunch of fallen leaves were all that punctured a tearful refrain of Destination Donegal as the late Pat Shovelin was carried from St Columba’s Church in Doneyloop today.

The 41-year-old father of two, the former Donegal GAA goalkeeping coach, died on Saturday evening following a battle with cancer.

The Sam Maguire Cup – which Pat had helped Donegal to win in 2012 as part of the coaching team under Jim McGuinness – sat aside his coffin in the Church.

A Donegal jersey hung over the famous old chalice and his coffin was draped in an Ardara GAA jersey. A Liverpool jersey and a pair of goalkeeping gloves were also brought forward as gifts.

Former Republic of Ireland goalkeeper Shay Given, a close friend, was among the pallbearers as the cortege made its way through a guard of honour. 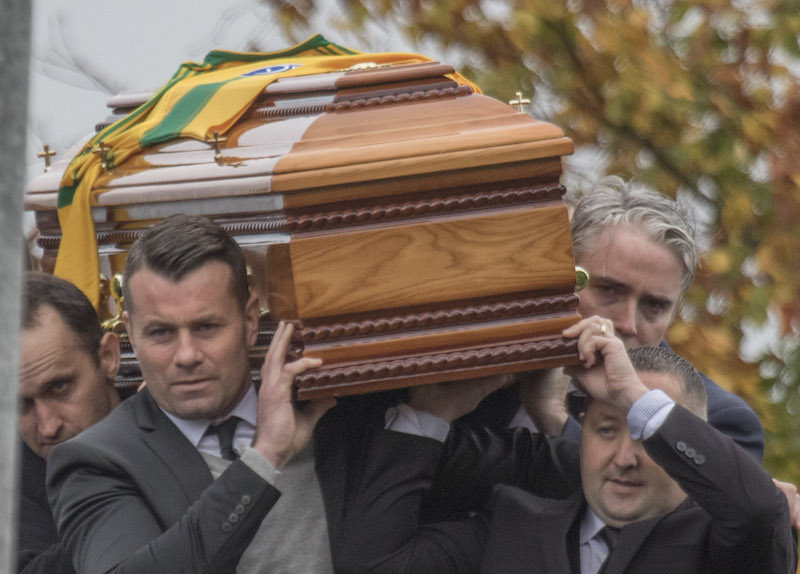 The remains of Pat Shovelin is carried from St Columba’s Church by family and friends including soccer legend and friend Shay Given. (North West Newspix)

Flanking each side of the Church grounds were Donegal players past and present, each wearing a Donegal jersey.

They were joined by former Donegal manager Rory Gallagher, current Donegal boss Declan Bonner, backroom team, County Board officials and Pat’s former colleagues from Letterkenny University Hospital, where he was manager of the medical records department.

“Always well dressed and, although small in stature, for those who had the pleasure of knowing Pat, he was regarded as a giant in their lives; a gentleman and a legend,” his sister, Susie, told the overflowing Church in a touching tribute.

“Pat was sometimes known as ‘Shovey’ or ‘Wee Pat’ and was referred to by an opposing football manager as ‘short ass’!

“Pat was a husband, a father, a son, a brother, a brother-in-law, a son-in-law, a cousin, an uncle and a Godfather. Pat was a colleague, a friend, an advisor, a confidante, a joker and a very proud GAA man. 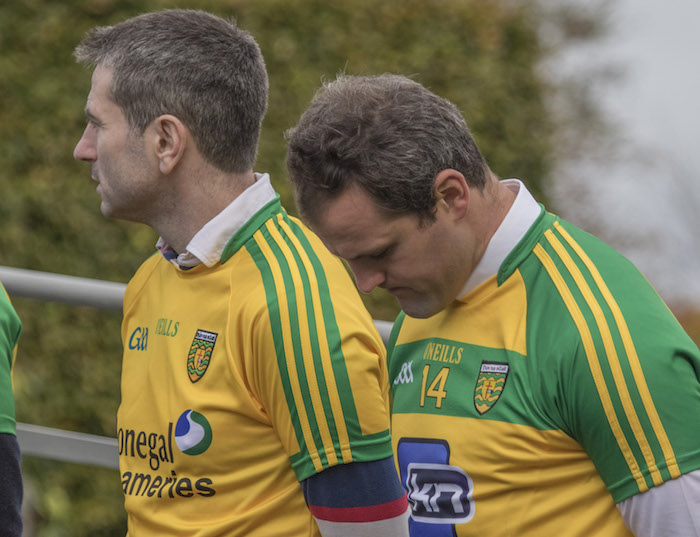 “He had many families, the Shovelin family, the Sproule family, the GAA family and, of course, the hospital family. He was warmly welcomed into the community in Doneyloop and he was proud of that.”

Nine months ago today, on January 24, Pat was diagnosed with cholangiocarcinoma, a rare, aggressive and deadly form of cancer.

He said: “When the other members of the family went home, they got an Irish stew, but when Pat went home he got a sirloin steak!”

Rev Porter told how Pat had a near brush with death 15 years ago when he went into an epileptic shock.

After today’s funeral Mass, Pat was taken to St Conal’s graveyard in his native Portnoo to be interred alongside his father, Packie, who died of a heart attack 20 years ago.

“You can see how highly he was thought of. One day, Ethan and Tom will be able to read these tributes for themselves,” Rev Porter said.

“Home was where he deserved to be. It was a real blessing for Chrissie, Ethan and Tom to have him home, where he belonged, for the last days of his life.” 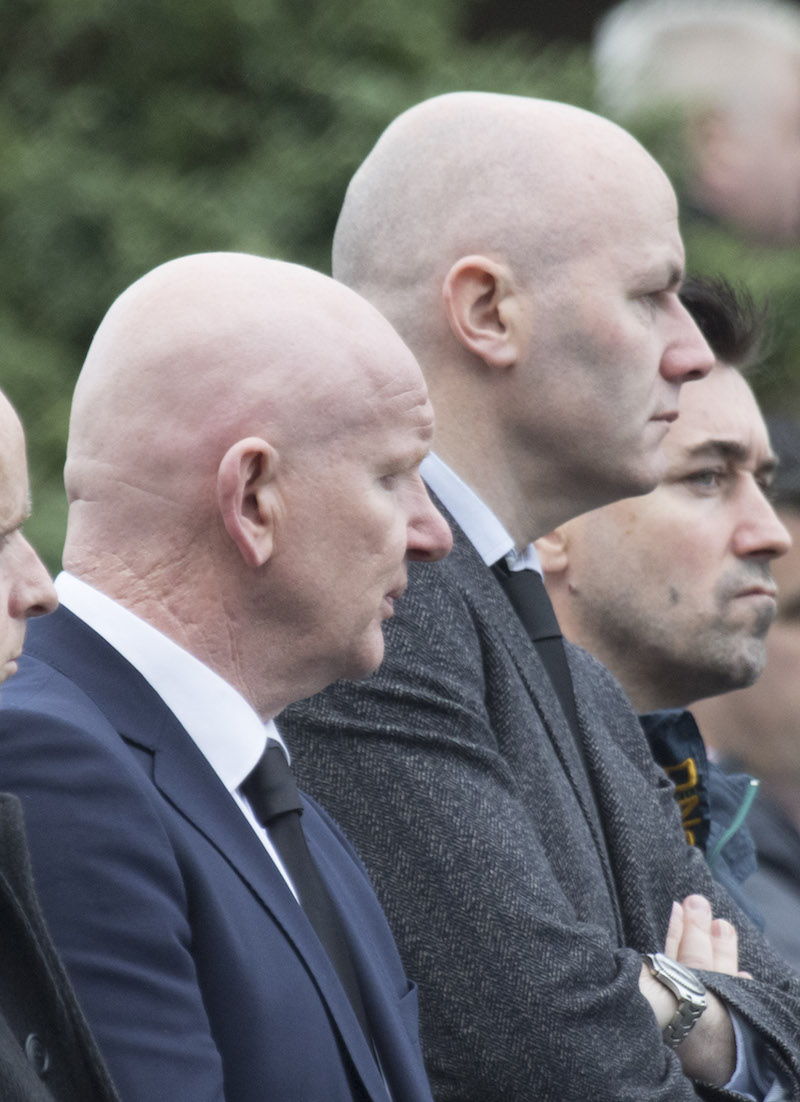 Pat’s club-mates from CLG Ard an Rátha formed a guard of honour at the cemetery.

“Pat had an infectious smile and a heart laugh. He had cheekiness and a willingness to help others,” his sister, Susie added

“Pat was loved so much.

“We remember the anthem of his beloved Liverpool: Pat, You’ll Never Walk Alone.