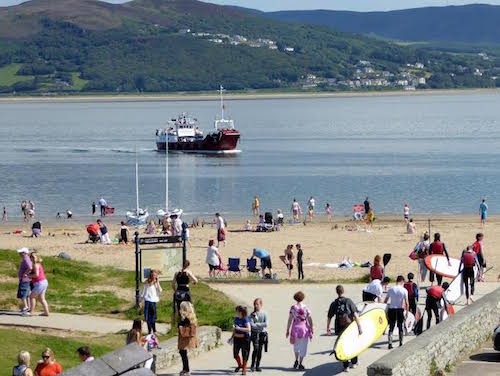 Raw sewage being discharged in 10 areas of Donegal

Donegal and Cork count for almost half of all areas in Ireland which were found to be discharging untreated sewage in 2016.

The EPA report on Urban Waste Water Treatment in 2016 released today, highlights major wastewater deficiencies in Donegal and across Ireland which cause an unacceptable risk to the environment and public health.

Two areas of Donegal currently discharging untreated waste water are expected to be connected to treatment plants by the end of 2017. They are Killybegs and Bundoran.

The report says raw sewage is released into the environment from 10 urban areas in Donegal; including:

The report found that treatment is inadequate in many areas and called for significant funding to address the legacy of underinvestment in infrastructure needed to collect and treat our waste water effectively.

A total of 20 urban areas in Donegal are in need of improvements to resolve environmental priorities, the report said. These areas are:

Almost one quarter of areas where waste water is the sole threat to rivers, lakes and coastal waters are in Counties Donegal and Galway. Aquatic ecosystems and human health can come under threat when waste water is not adequately collected and treated these areas.

In Rathmullan, Donegal, the report said disinfection of waste water is required at the following areas to safeguard shellfish habitats.

In Buncrana, Killybegs and Lifford, the report identified failures to meet the EU’s legally binding standards for the collection, treatment and discharge of urban waste water.

Commenting on the report Mr Gerard O’Leary, Director of the EPA’s Office of Environmental Enforcement said, “Wastewater from over half our population failed to meet environmental standards.  For many years Ireland failed to address the deficiencies in wastewater treatment.  Substantial and sustained investment is now required to protect our valuable waterways and protect public health.”

Mr Darragh Page, Programme Manager of the EPA’s Office of Environmental Enforcement commented that; “Ireland’s environment is at risk because waste water is not treated to the necessary standards, even though the final deadline to meet these standards was 2005.  New or upgraded treatment systems are required in some areas.  In other areas, there is already sufficient treatment capacity in place, but the management of the treatment systems needs to improve.”

The report is now available on the EPA website

Raw sewage being discharged in 10 areas of Donegal was last modified: October 26th, 2017 by Rachel McLaughlin