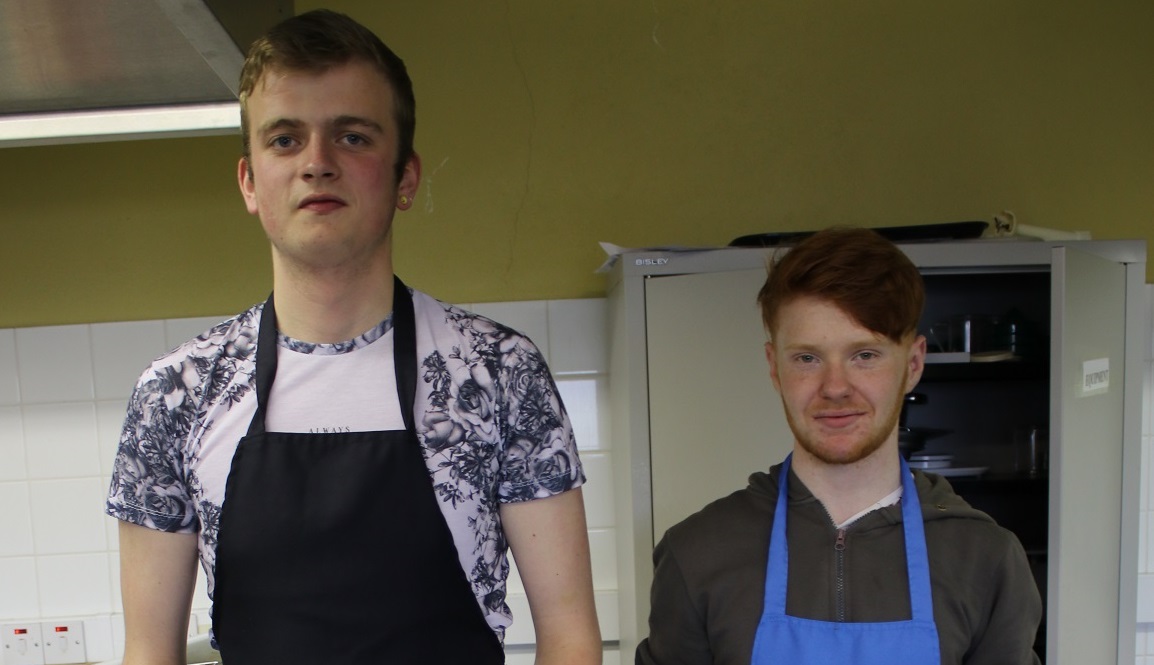 Gortahork Youthreach were the triumphant winners of the annual Youthreach Masterchef Final 2017 on 24 October.

This annual competition takes place in each of the six Youthreach centres across the county in September and October to pick a centre team and culminates in the county final in Letterkenny each year.

Teams of two from each centre compete to create a main course and dessert on a budget of €20.

The runners up were Team Letterkenny (Robert Fox and Lorcan Hughes) who made Italian style chicken with gnocchi followed by decadent chocolate mousse.

The other teams competing in the final were Team Ballyshannon (Oisín Devanney and Saoirse Fox) who made chicken and veg stir fry followed by sponge trifle, Team Glengad (Aimee Mullin and Rosemary Diver) who made fish cakes with hoisin sauce followed by Eton mess and Team Lifford (Katie Anderson and Rachael Friel) who made chicken roulade stuffed with sundried tomatoes, mozzarella and Parma ham on a bed of spaghetti pesto with a parmesan crisp followed by raspberry tiramisu with a kick.

Speaking after the event, Donegal ETB Chief Executive Anne McHugh said, “The Youthreach Masterchef Final is one of the highlights of the Youthreach and Donegal ETB events calendar. I was delighted to be a judge this year but we had a tough job picking a winning team because of the very high quality of the dishes made by all the learners. Congratulations to the winning team and well done to all the participants.”