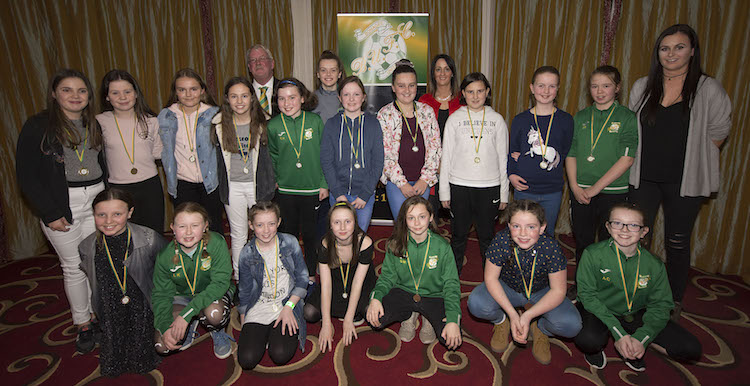 Toland started for Ireland last week in the 2-0 away win to Slovakia in a World Cup qualifier.

Last month, having only just turned 16, the St Johnston woman created history by becoming Ireland’s youngest ever senior international when she came on as a sub in the 2-0 win over Northern Ireland in Lurgan.

Siobhan Sweeney took the senior player of the year award following an excellent season in the North West Women’s Super League while Anna Doherty was named as players’ player of the year, with Deborah Kerrigan scooping the top goalscorer gong.

Player of the year: Siobhan Sweeney

Player of the year: Roisin Martin

Player of the year: Chloe Creevy 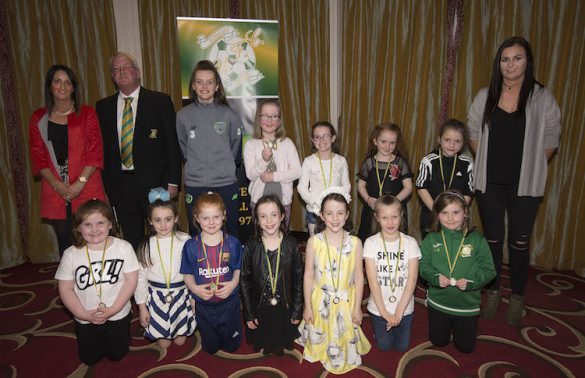 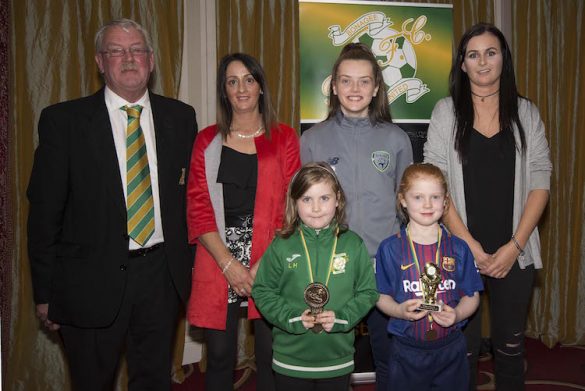 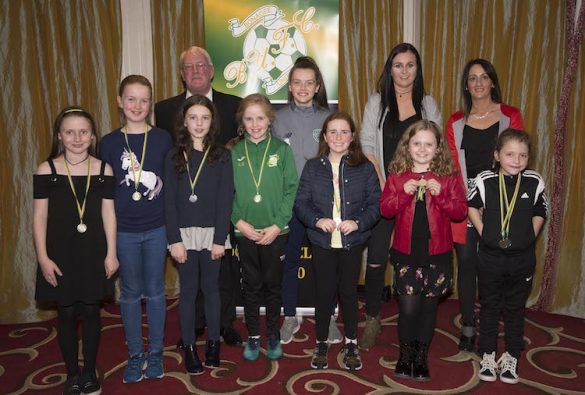 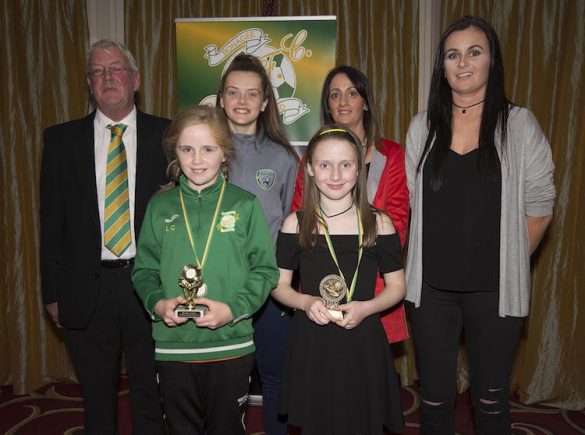 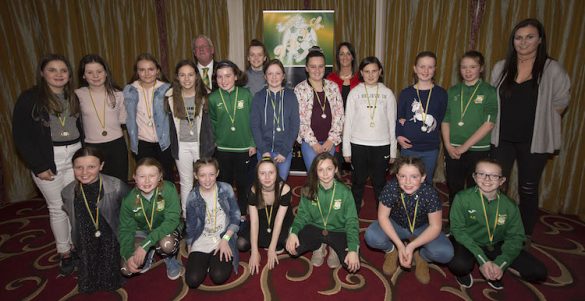 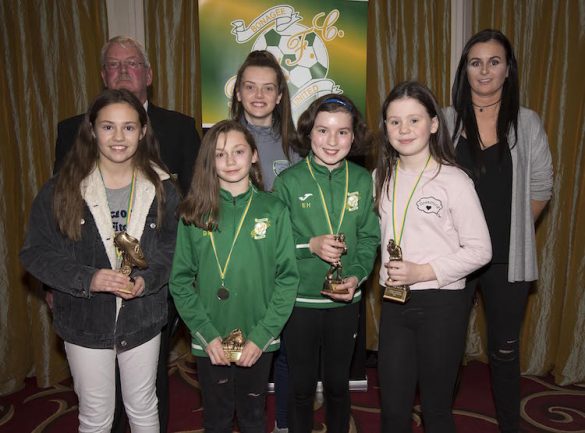 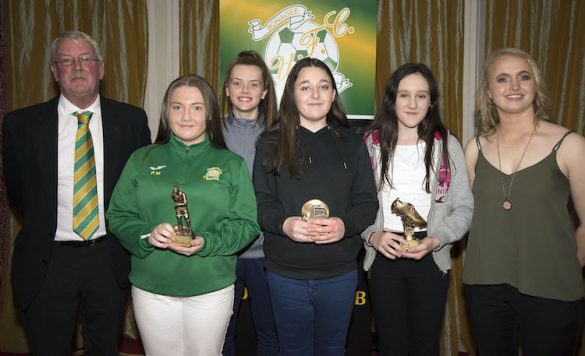 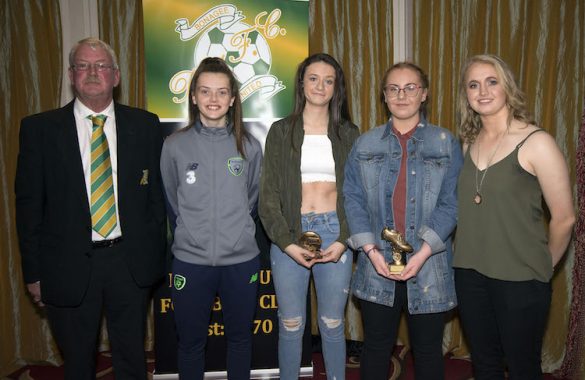 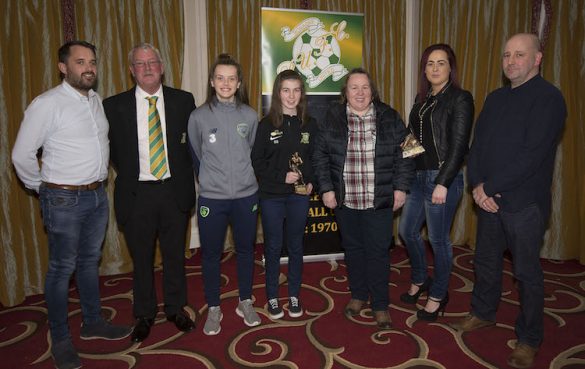 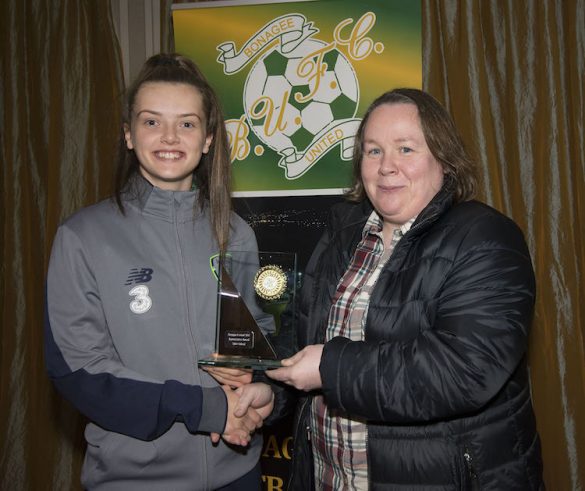