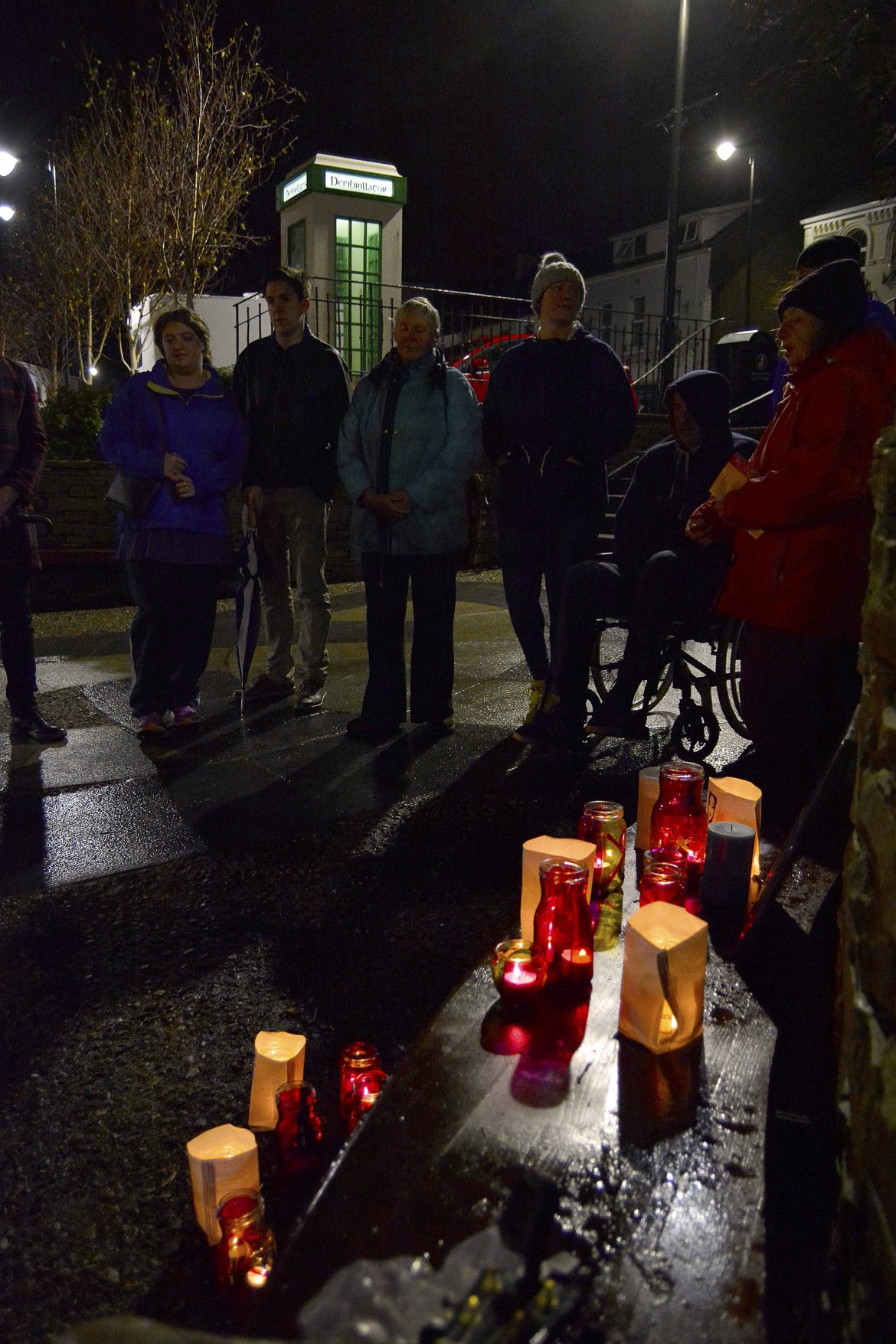 Twenty-eight vigils took place throughout the country to mark the fifth anniversary of Savita Halappanavar’s passing, with two taking place in Donegal.

The 31-year-old Indian dentist died from cardiac arrest due to a septic miscarriage in University Hospital Galway on the 28th of October, 2012.

The Diamond in Carndonagh and Market Square in Letterkenny were illuminated with candles during the vigils on Saturday evening.

These vigils were a response to a call for solidarity from Galway Pro-Choice, who have taken the lead over the last five years in commemorating Savita in the city she lived and worked in.

Inishowen ARC spokesperson Cathleen Shiels said: “The 5 year anniversary of the death of Savita is a stark reminder of how far we still need to go, and the work we need to do to ensure that women and pregnant people are no longer hurt or damaged by the 8th Amendment.”

She continued: “We will never forget Savita and we are working towards a supportive healthcare structure that encompasses all reproductive choices including abortion.

“The people of Ireland value women and we cannot stand by while more women are hurt, exiled or shamed because of our abortion laws. We strive for free, safe and legal abortion for everyone who wants or needs one so that no more lives are put at risk by our laws.”

Donegal ARC spokesperson Kathryn said: “A sincere thank you to all those who attended the vigils in Donegal to commemorate the 5th anniversary of the tragic and preventable death of Savita Halappanavar.

“It was an incredibly moving event in which we remembered Savita and also many others for whom the inhumane restraints imposed by the 8th Amendment have caused suffering, distress death and grief”.

She continued: “We are also grateful for the compassion, understanding and support that members of the public expressed to those participating in the vigils.”