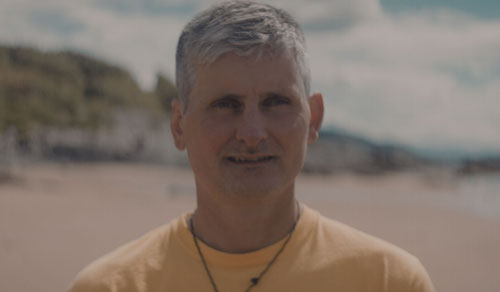 A man who was told he would never walk again after a life-changing accident has completed the Dublin Marathon.

The accident left him paralysed down his left side.

He eventually got out of hospital after two years but doctors told him he would never walk again.

But against all the odds amazing Jason proved all the medics wrong.

He even managed to jog down the aisle to wed his partner Liz in Carndonagh.