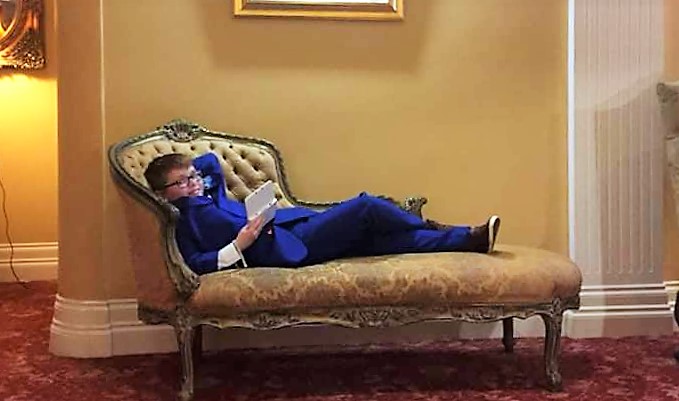 A young comedian stole the show with a stand-out speech at a wedding in Gweedore last weekend.

Stanley Jarman, aged 12, gave this stellar speech at his mum Melissa’s wedding to officially welcome his stepdad Iain Harris to the family.

Family and friends in the An Chuirt Hotel Gweedore went wild for Stanley’s wisecracking remarks which were caught on camera. The video is fast gaining views since it was uploaded.

Making the speech and seeing its growing popularity have been big achievements for Stanley, who has autism and is an avid comedy enthusiast. 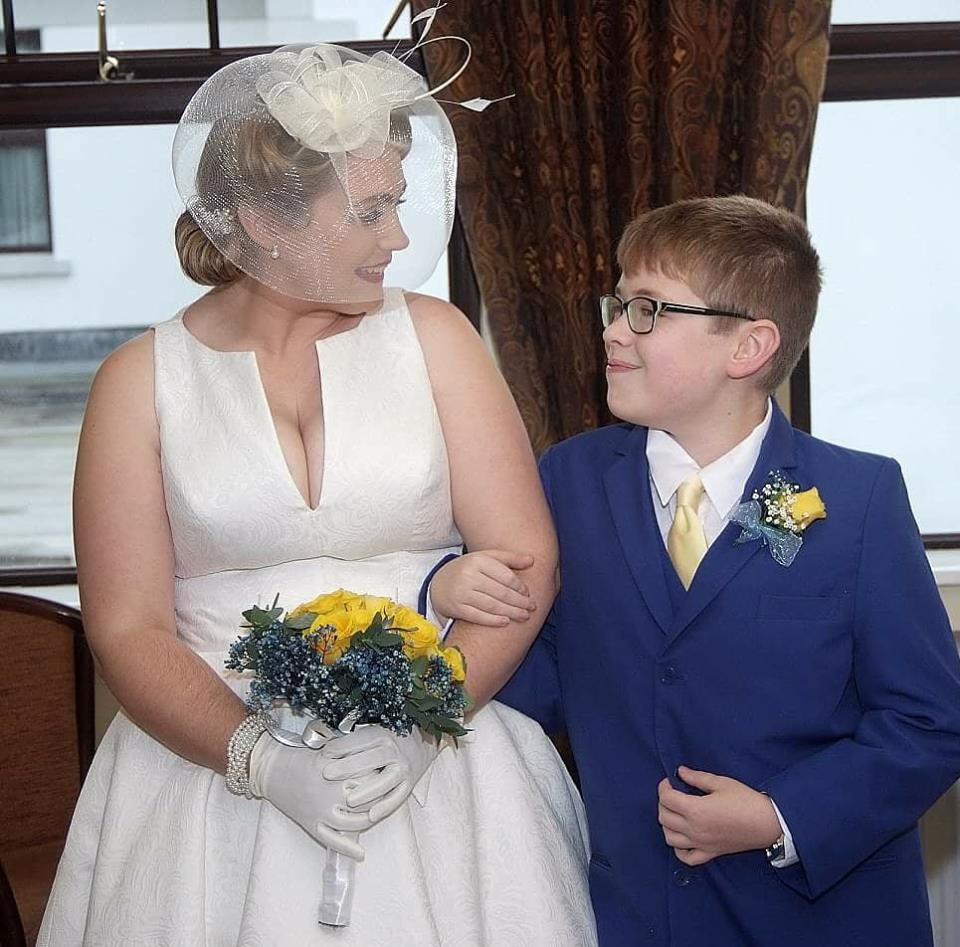 “Friends, family, people who came for free food,” were the words Stanley used to open his comedy-filled speech.

Stanley delivers plenty of gags about Iain’s time with the family, such as listing out embarrassing nicknames and how he had made an enemy out of the family cat!

“He’s taught me a lot of life lessons in the past. Some I’m afraid are illegal to mention on the mic right now. But the one I will remember is the time he taught me how to pee in the sea,” Stanley said. 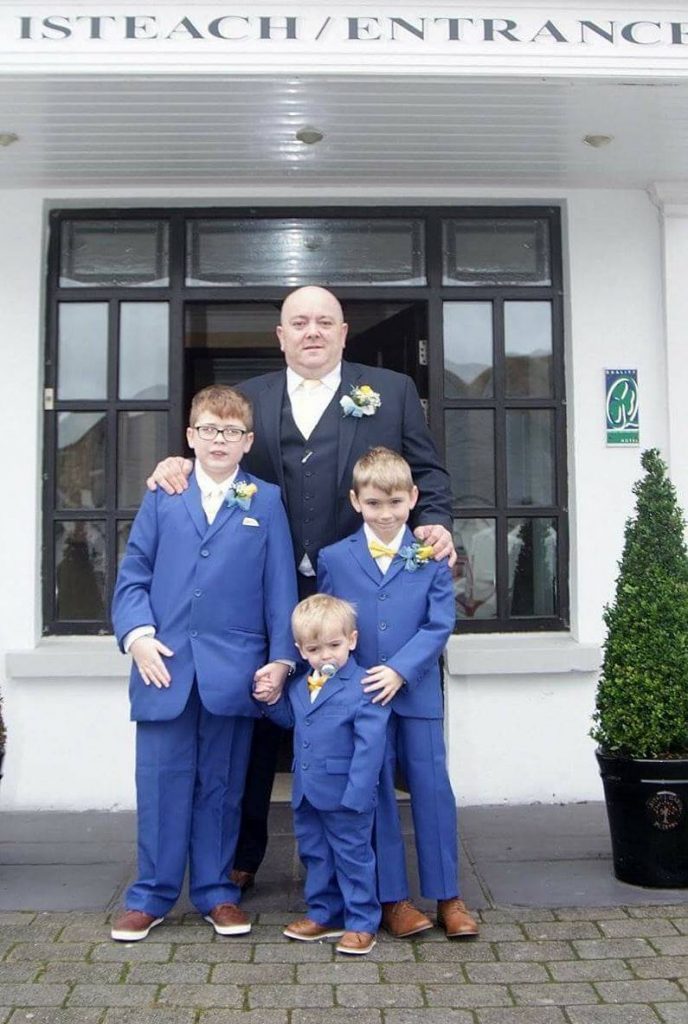 The confident young comic ended the speech on a sweet and sincere note:

He spoke of his parents’ split when he was four years old and how fortunate he and his mum were to have Iain in their lives.

“For the last eight years a big part of me has been gone. But luckily my mum met Iain and the big part has finally come back to me.”

“Although Iain has many many imperfections, it’s exactly what makes him perfect for my mum.”

We bet tears of laughter and emotions were shed at this wedding speech! 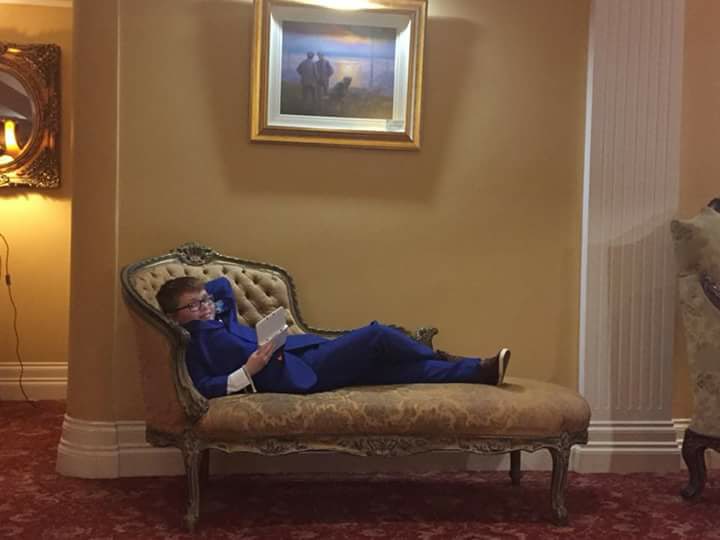 Mum Melissa said the speech was a big achievement for Stanley.

“Stanley has Asperger’s and sensory processing disorder. He really wanted to do the speech but was worried there would be a lot of people there.

“But he did it, and he absolutely nailed it. The only trouble was that he went first and nobody knew how to follow that!,” Melissa tells Donegal Woman.

Stanley is the eldest of four children and attends Derryconnor National School. Melissa has three kids with her previous partner, while Iain and Melissa have a little boy together named Eddie, who is two years old.

Melissa is originally from Kent and Iain is from Essex. They moved to Gortahork four years ago, where Melissa is a Scentsy Consultant and Iain works for RA Pacaisti Gweedore.

“It was very much a kid-friendly wedding,” Melissa said. “We wanted the whole ceremony to be about all of us coming together as a family.” 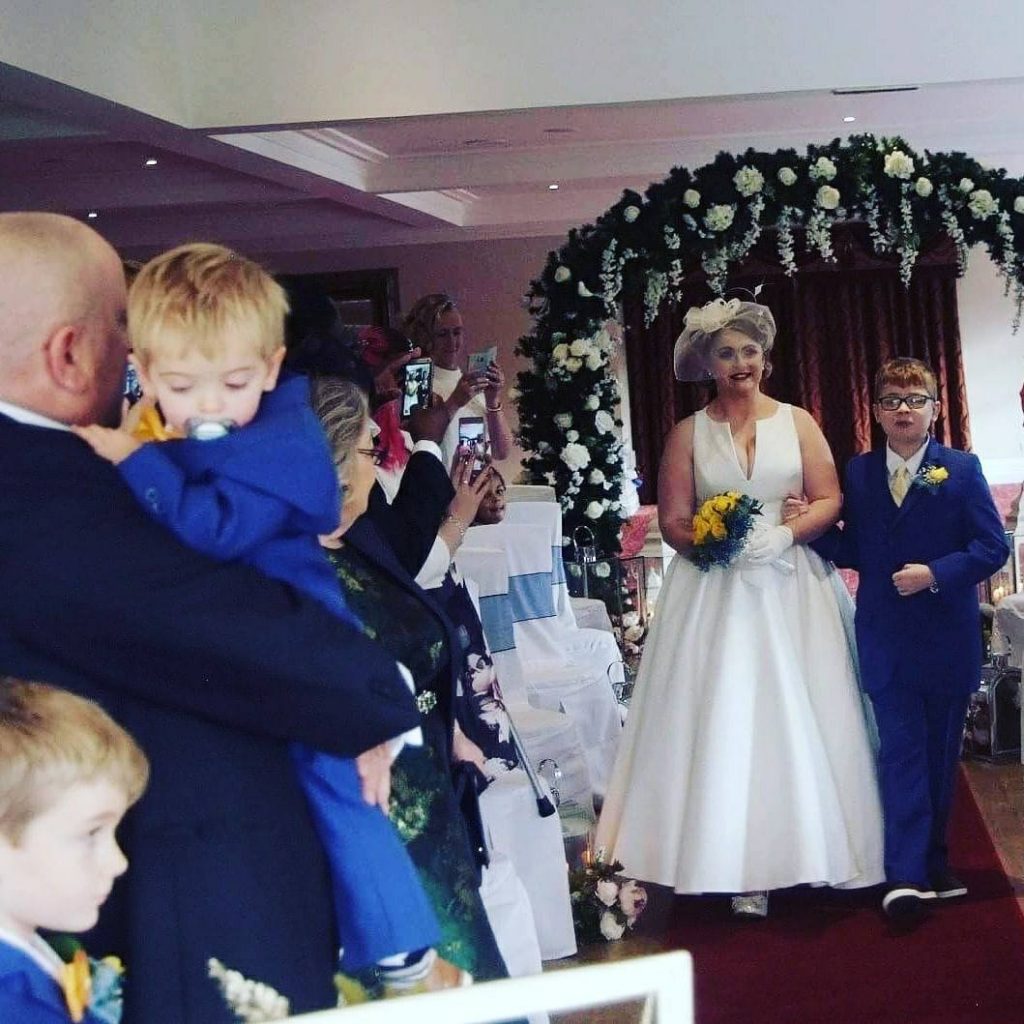 Stanley walked his mum Melissa down the aisle

“Peter Key is his all time hero. Whenever we are driving anywhere we would get whole recital of his sketches. I could definitely see Stanley going into comedy,” Melissa said.

All in all, it was a joyous day for the couple and their families, but it had started on a panicked note.

Iain and his groomsmen were saved from a wardrobe disaster last week by Evolve Menswear just in time for the big day.

The bridal party had ordered suits from the UK, but when the best man went to collect them two days beforehand they were shocked to find they were ordered in the wrong sizes.

With no replacements available, the groom rushed to Evolve Menswear’s Suit Bar in Letterkenny. The expert advisors came to the rescue and suited Iain and his best man in under 24 hours.

Melissa and Iain were incredibly grateful to Evolve for going above and beyond. In her thank you note on Friday, Melissa called them wedding heroes and said: “If it wasn’t for the fantastic staff in the Letterkenny store, my other half would be getting married in his pants today.”