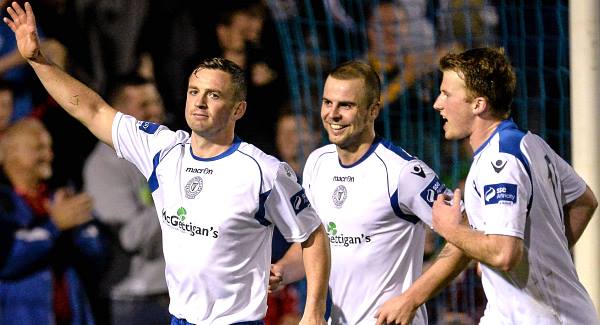 Listen: Kevin McHugh on the future for Finn Harps and Donegal’s young guns

Kevin McHugh says that Donegal youngsters have removed the inferiority complex that was once a noose around the neck of players from these parts.

McHugh was also recently appointed as the Head of Finn Harps Academy and is now driving the club’s underage structure.

“There is a no fear aspect to a lot of boys,” McHugh said.

“There is no inferior complex. When I was growing up, you’d have been beaten before you get off the bus. They don’t have that in them.”

The Harps U15s topped their group and now aim to make inroads in the knockout stage.

McHugh said: “They have left nothing in the tank in any game we’ve played.

“We kept six clean sheets and we’ve scored the most goals, which is very encouraging and speaks for itself.

“We’re trying to improve individuals first and foremost in their own skill set, then we work on team shape and aspects of the game. There is a good drive within them.”

Listen to the first interview below …