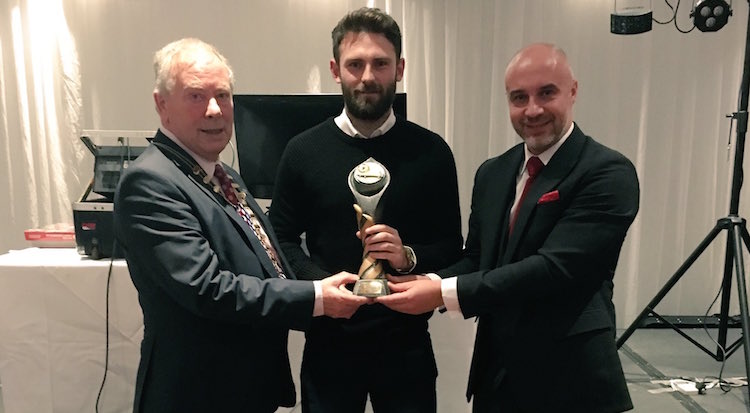 Callan-McFadden is named Sligo Rovers Player of the Year

Ramelton man Kyle Callan-McFadden was last night named as the Sligo Rovers Player of the Year for 2017.

The centre-back signed a new contract just after the end of the season.

Callan-McFadden was instrumental as Sligo climbed away from relegation danger to survive in the Premier Division following a testing campaign for the Bit O’Red.

New manager Gerard Lyttle helped steady the wobbles and Callan-McFadden was central to their good end to the campaign.

“I really want us to push on next season,” Callan-McFadden said in a recent interview.

He had been tipped as a possible target for Cork City, the champions, but the former Norwich City and Orlando City B man has committed to the Showgrounds.

He was presented with his award last night by Lyttle and the Chairman of Sligo County Council Seamus Kilgannon.