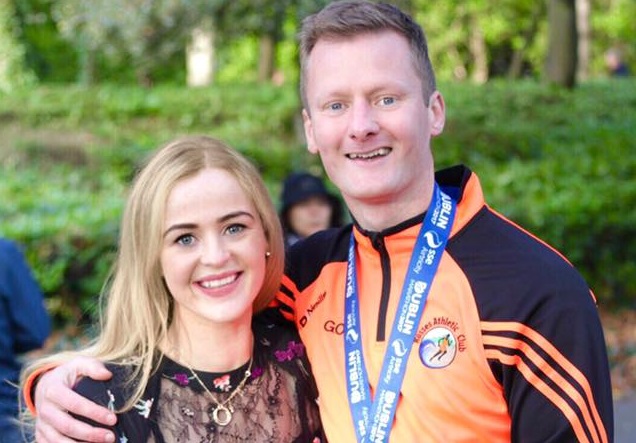 Donegal man goes the extra mile for a marriage proposal!

A Donegal man had two major victories last weekend when he ran his first marathon… and took a marriage proposal in his stride!

Gavin Ó Dónaill from the Rosses ran the Dublin City Marathon on October 29th – but it wasn’t the only challenge he had prepared for that day.

Gavin’s first marathon coincided with his 5th anniversary with his girlfriend Moya Ní Chuireáin from Gweedore.

Moya had come out to cheer on the Rosses AC man, but when they met at the halfway mark he got down on one knee and pretended to tie his lace.

Instead, Gavin produced an engagement ring and surprised Moya with a proposal.

After just a five minute break for the momentous occasion, Gavin went on to finish the race in just under 4 hours. He had plenty to celebrate after getting over two major hurdles that day.

Gavin had hidden the ring in his race belt pocket, and thankfully it was safe for the first 13 mile run.

Moya and Gavin jetted off to Spain this week for a mid-term holiday to celebrate, and soon they’ll be planning their miles to the aisle!

Congratulations to Moya and Gavin.