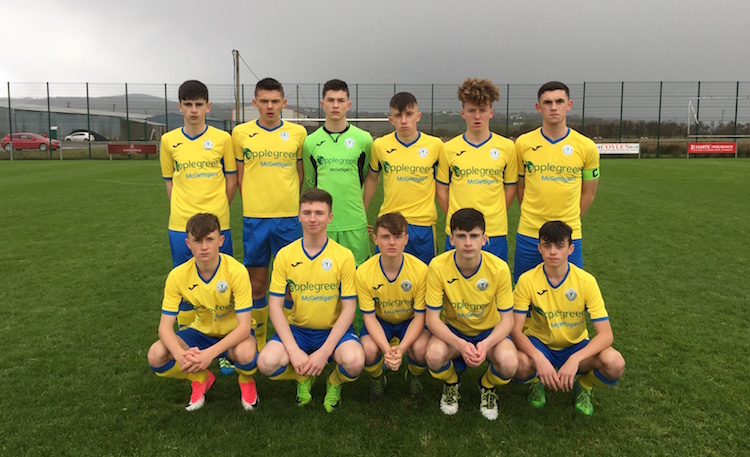 Kevin McHugh was delighted to see his Finn Harps U15 side remove the burden of big-game nerves as they hammered Bohemians this afternoon.

Harps booked a spot in the semi-finals as a Luke Rudden hat-trick, in between goals by Charlie White and Conor Black, earned McHugh’s men a 5-0 win at Dry Arch Park.

“From the first minute to last we were better in all positions,” McHugh said.

“We wanted it more than them. The boys were up for it all week.

“Sometimes in a game like this, nerves get the better of players and they don’t turn up. But that wasn’t the case with our boys.”

Carndonagh man Rudden was the hat-trick hero and McHugh, himself a striker of real renown, hailed his frontman, who has bagged 15 goals in 11 games.

McHugh said:  “He’s been outstanding. Anyone watching the game, you can see what he’s about. it’s about his work-rate, his hunger, his desire. He’s turning into an all-round striker.”