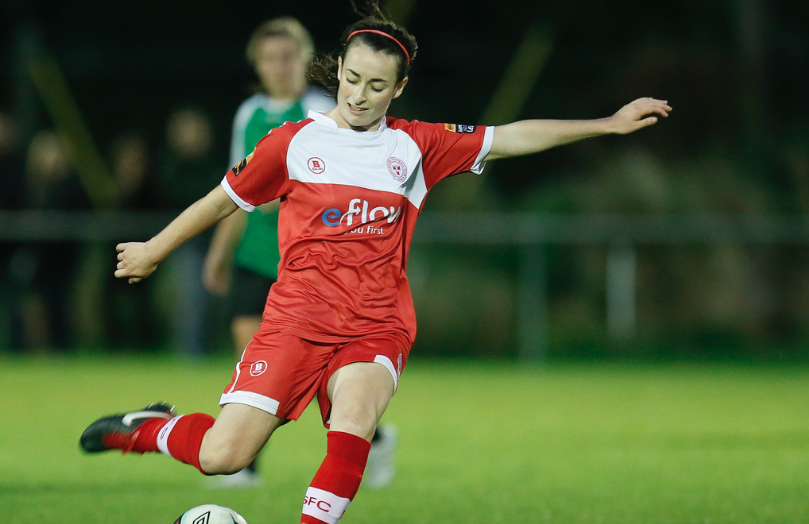 Roma McLaughlin netted a hat-trick last night as Shelbourne Ladies drew their 2017 season to an end with a big win over Kilkenny United.

The Greencastle woman bagged a treble as Shels overcame Kilkenny 9-1 at Buckley Park.

Gloria Douglas and Leanne Kiernan netted a brace each.

Shelbourne – who were Women’s National League champions in 2016 – finished third in the WNL this season, which was McLaughlin’s first with the Reds.

Shels competed in the Women’s Champions League this year.

In all, McLaughlin scored eleven League goals from midfield, a fine return for the former Greencastle and Peamount player.