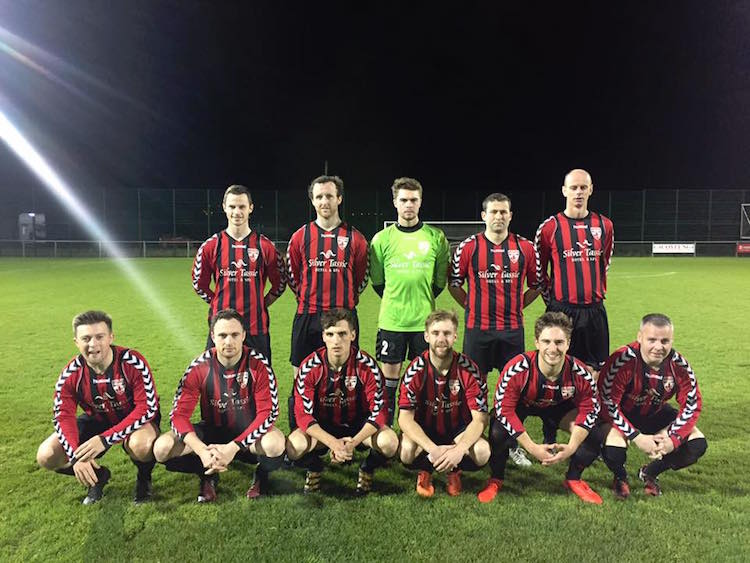 USL – McNamee hat-trick for Fanad in big win over Swilly

Fanad opened the scoring in the seventh minute after good work from Martin McEhinney won a free kick and Tony McNamee stepped up and buried it into the bottom corner.

On the half hour Fanad doubled the lead after a long ball up the field from keeper Graham evaded everyone, Oisin McMenamin raced through and lobbed Sean Friel.

Tony McNamee missed a gilt-edged opportunity as he fired wide after a lung busting run from Keelin McElwaine.

McNamee made amends shortly after as he and Kyle Black linked up to set up Oisin Langan who finished neatly to make it 3-0 .

In the 44th minute Swilly responded as a Marty McDaid flick on found Kennedy Boachie and his strike found the bottom corner.

Fanad still found time for another goal before half time as Oisin Langan got his second from a headed assist from the hard working Martin McElhinney.

The goals continued at the start of the second half as Fanad scored two quick fire goals, first from McNamee after good work from Conor Blaney and Seamus Coshia Friel.

Blaney scored himself with a fine strike to the bottom left hand corner .

To Swilly’s credit they kept plugging away and they got their reward after a fine Daire Crossan free kick was headed in to his goal by the unfortunate Paul Lynch to make it 6-2.

After the hour mark McNamee got the hat-trick that his performance deserved after scoring a brilliant header from a Davitt Walsh cross .

Fanad made it 8 with a quarter hour left as James Kerr played Kyle Black through and the striker unleashed an unstoppable effort from 30 yards into the top corner.

Best for Fanad were Martin McElhinney and Jordan Toland

Team effort from Swilly who battled hard throughout.

There are no Four Lanterns Ulster Senior League fixtures next weekend to allow for the preparation of the USL squad for the FAI Intermediate Inter-League Tournament the following weekend in Galway.