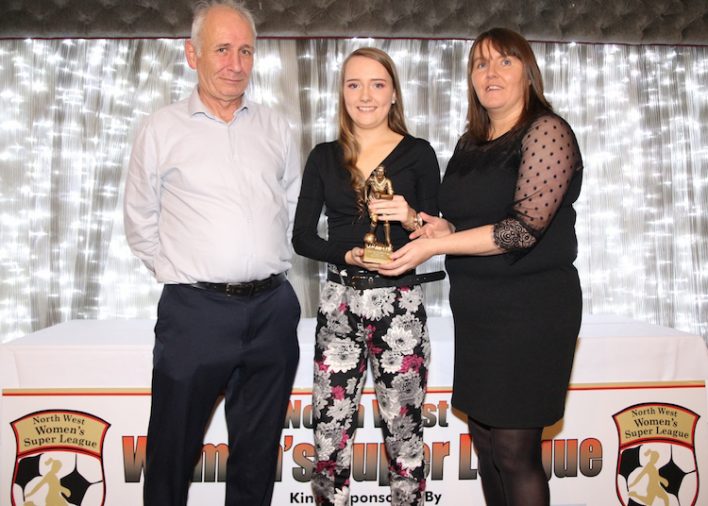 Lagan Harps’ Zoe Green was named as the 2017 North West Women’s Super League Player of the Year on Saturday night.

The left-back, who has been capped at underage level by the Republic of Ireland, was voted as the Player of the Year by the League’s managers.

The North West Women’s Super League celebrated its inaugural season at a presentation evening in the Lake of Shadows Hotel in Buncrana.

Green, a student at Letterkenny Institute of Technology, was given the top gong with Illies Celtic’s Michelle McDaid given the top goalscorers’s award. McDaid’s trophy was collected on her behalf by Illies captain Tessie Coyle.

Illies swept the boards this season, winning the League with a 100 per cent record and also winning the Ulster Cup.

Megan McDaid of Clonmany was the Player of the Year in that section with Mary Jane Doherty the top goalscorer.