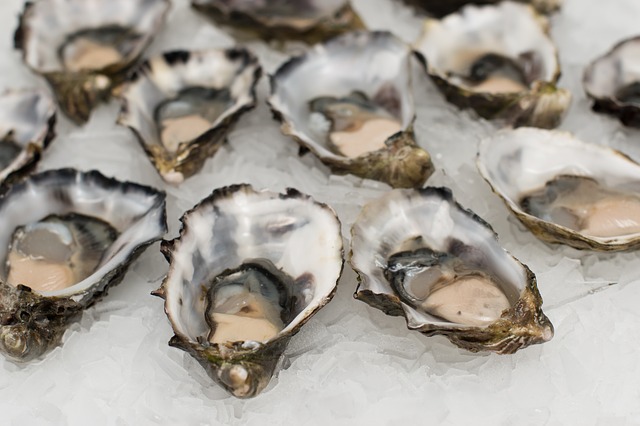 An oyster farm which had been planned for Cruit Strand in West Donegal has been denied permission by the Minister for Agriculture, Food and the Marine.

The farm was the subject of controversy ever since an application was submitted licences to cultivate Pacific Oysters using bags and trestles at Cruit Strand, Kincasslagh Bay, Gweedore.

The local community reacted with opposition to the plans and made thousands of submissions to the Department during the consultation period.

Locals were concerned about the effect on the area’s natural beauty, the impact of construction works, impact on community amenities and the environmental impact on local wildlife. The Save our Strands Group was formed in opposition to the development.

The decision not to grant permission for the 10 hectare site has been widely welcomed. It comes more than a year after the deadline for the period of statutory public consultation in respect of the application ended, during which some 3,200 submissions were made.

Pat the Cope said: “The Minister last year approved the application however this was appealed to ALAB (Aquaculture License Appeal Board) by locals including myself.

“This news will come as a great relief to all of the interested parties who made submissions opposing the proposed development.
“I am convinced that the decision to refuse was made when all of the submissions, by locals, expressing a genuine concern, opposing the development were taken into consideration.
“I wish to thank and compliment all who took time to make their views and concerns known to ALAB,” concluded Pat the Cope.

Sinn Fein Deputy Pearse Doherty said he is delighted to finally have the refusal confirmed after over a year of uncertainty and delays. He labelled the delay in determination as ‘disgraceful and completely unnecessary’.

Deputy Doherty said: “This is of course a tremendous outcome for the local community here in Cruit and in the surrounding area who, ever since this application was first submitted, have rallied together and worked hard to ensure that their views were taken into consideration in an effort to protect and defend the strand.

“In fact, during the period of Public and Statutory Consultation into the proposals, some 3,200 individual submission were received by the Department in relation to this application for Cruit Strand and at Keadue, the latter of which having since been withdrawn.

“And yet despite the huge level of public opposition to the plans, and despite repeated attempts by me to raise the ongoing delays in making a decision on this application with the Minister in the Dáil, the sheer length of time taken by the Minister to make a determination in respect of this licence application has been disgraceful and completely unnecessary.

“For well over 12 months now since this consultation period ended, the local community here in Cruit have been left in complete limbo due to this stalemate and delay which has been caused simply by the stalling on the part of Minister Creed over these plans.

“Each time I have attempted to get clarification on its status over the past year, the Minister’s answer has been almost exactly the same, with him stating that the licence application was then still actively being considered.

“It’s simply ridiculous that both the Minister and his Department have and continue to show nothing but contempt for coastal communities in which similar licenses are awaiting a decision.

“In fact, in the report compiled by the Independent Review Group which was set up to examine the licensing process showed that the licencing process itself was flawed.

“Councillors Marie-Therese Gallagher, John Sheamais Ó Fearraigh and I put together a serious submission as part of this review and, thankfully, certain parts of our submission were upheld by that review as shown in the group’s findings.

“We are now calling on the Government to do two things – to fix the licencing process and speed up determinations to ensure that communities will not be living in fear indefinitely as a result of aquaculture licences which are too large in size and scale.

“I want to make it clear that Sinn Féin supports many small entrepreneurs in communities involved in aquaculture and I’ve also helped individuals secure licences previously, as I believe that Oyster farms and aquaculture can be a positive for a local community overall but only when they are the right size and scale.

“And while today’s announcement will come as a huge relief for the community here in Cruit, concerns over the impact which similar kind of potential developments will have on scenic spots such as Rann na Feirste, Rann na Mónadh, Cionn Caslach and other areas in West Donegal remain.

“Right from the start I pledged to support these communities and stand with them to defend and protect their coasts against badly planned and unwanted large scale aquaculture, and I will continue to voice their views.

“But today, I must congratulate and commend the residents of Cruit for their dedication and commitment to defend their community; today’s fantastic result to refuse this application has been achieved by them and them alone – this is their victory,” Deputy Doherty said.