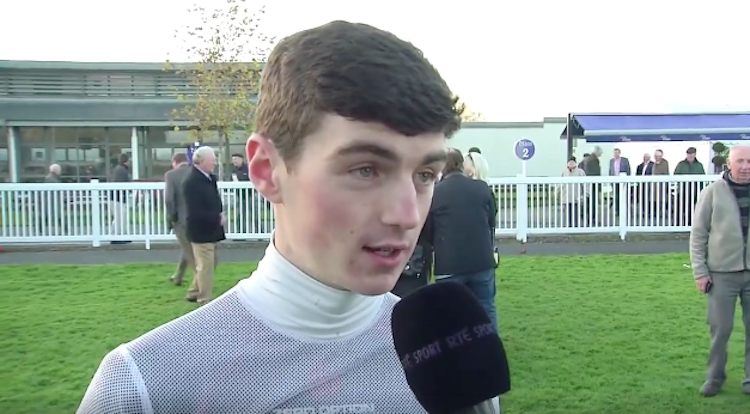 The 19-year-old Rathmullan man had 20 winners in the 2017 Flat season, just one ahead of nearest rival, Killian Leonard.

“It came down close, but it worked out well. we’re good friends. There was no bad feelings about it at all.”

Rathmullan mightn’t be regarded as horse racing heartland, but Orr has steadily been climbing the ladder.

He said: “We always had a few ponies. I started off in the pony racing for three or four years. I got my apprenticeship and took it from there.”

Orr lives these days in Dunshaughlin in Meath, where he is apprentice to Eddie Lynam at his Summerseat Stables base in Clonee, while he also rides for Tony Martin in his spare time.

Orr will be at Dundalk until December and after Christmas will head to Australia for a month to try his hand.

His first winner was aboard Balmont Blast in January 2015 for Lynam.

Since the end of September, Orr has had a few winners, guiding My Direction (twice), Coreczka and Nibiru to wins at Dundalk and Naas.