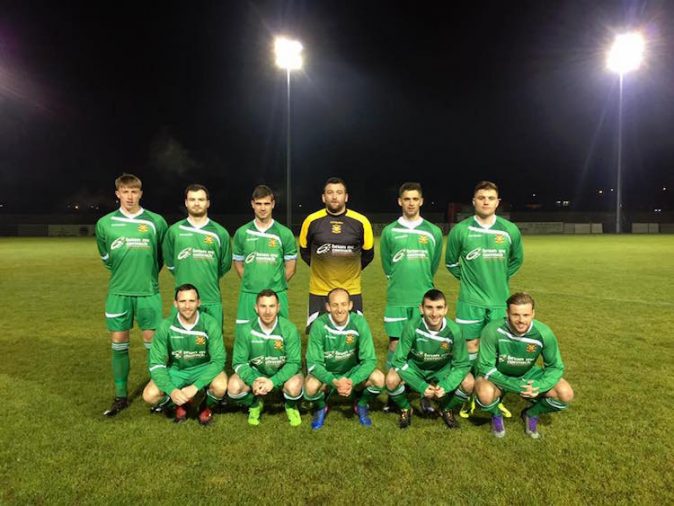 The Ulster Senior League representative side warmed up for the FAI Intermediate Inter-League Tournament with a useful win over Dergview on Tuesday night at Darragh Park.

Anthony Gorman’s side, despite being down a large chunk of the squad due to prior commitments, led 2-1 at the break and they also outscored their Irish League Championship opponents 2-1 in the second half.

The highlight of the night from a USL perspective was the wonder goal netted by Letterkenny Rovers hitman Sean McCarron.

Aaron Arkinson had just pulled a goal back for Dergview to make it 3-2 when McCarron, from the subsequent kick-off, let fly from inside his own half.

McCarron’s ambitious effort was glorious, sailing all the way over the ‘keeper and into the net.

It was a fine calling card by the Derryman and the only shame was that it wasn’t in a competitive fixture so its full glory could have been realised.

The USL side took the lead in the 16th minute when Pajo Rafferty finished first time after being prompted by a delicious pass from Michael Funston that split Dergview apart.

Rafferty earlier shot over from a good position on the edge of the box, but the Rovers frontman wouldn’t be denied a second time.

After Mark Moran shot into the goalkeeper’s arms, the USL resumed command when a Dergview defender put through his own goal.

Moran riffled over after connecting with a Matty Harkin centre just before half time, but the USL made it 3-1 when, after Harkin was fouled in the area, Lee Toland drilled home a penalty.

And, after Arkinson beat Sean Friel for a second Dergview goal, McCarron lit up the bitterly cool Castlederg night with a moment of magic.