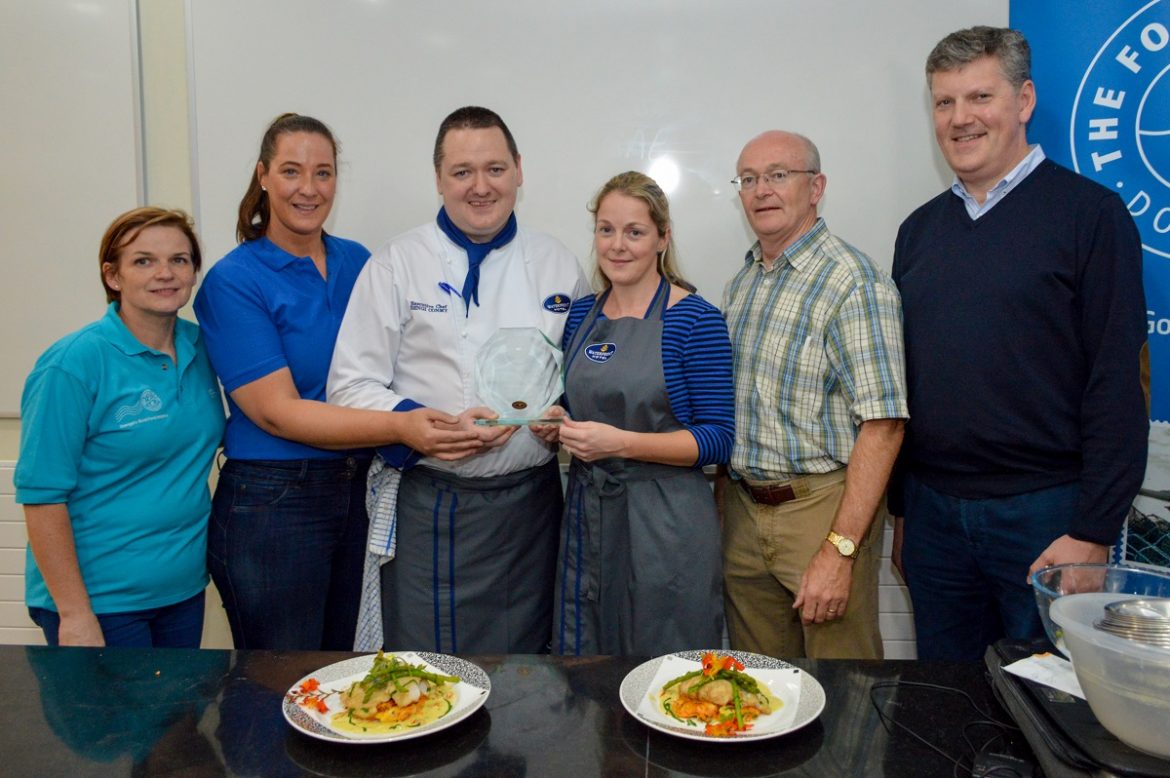 Dungloe-based chef Brendan Conmy, will fly the flag for Donegal’s famous seafood chowder next year when he heads to Kinsale to represent the county in the 8th All-Ireland Chowder Cook-Off, having scooped the county title in a hard-fought local contest.

Brendan who is head chef at the Waterfront Hotel in Dungloe, won the Donegal Chowder competition at the Hooked Festival in Killybegs. He will now follow in the footsteps of some of the previous Donegal contestants when he sets out for Kinsale next April in a bid to be crowned All-Ireland Chowder Champion.

Donegal’s reputation for seafood chowder is already at an all-time high after Kieran Duey Doherty from Nancy’s Barn in Ballyliffin brought home the prestigious title of World Champion from Rhode Island earlier this year.

“On behalf of the Waterfront Hotel I was delighted to bring my personal Seafood Chowder recipe to the 2017 Killybegs Hooked Festival Chowder Competition.  We are very proud of our chowder and especially the fact all of our ingredients are sourced locally within County Donegal,” said Brendan.

He added: “The Food Coast – Donegal’s Good Food Initiative is assisting businesses like ourselves to become recognised and this is vital for locals and visitors alike. We are very proud to have also secured best newcomer at the Irish Restaurant Awards this year.” 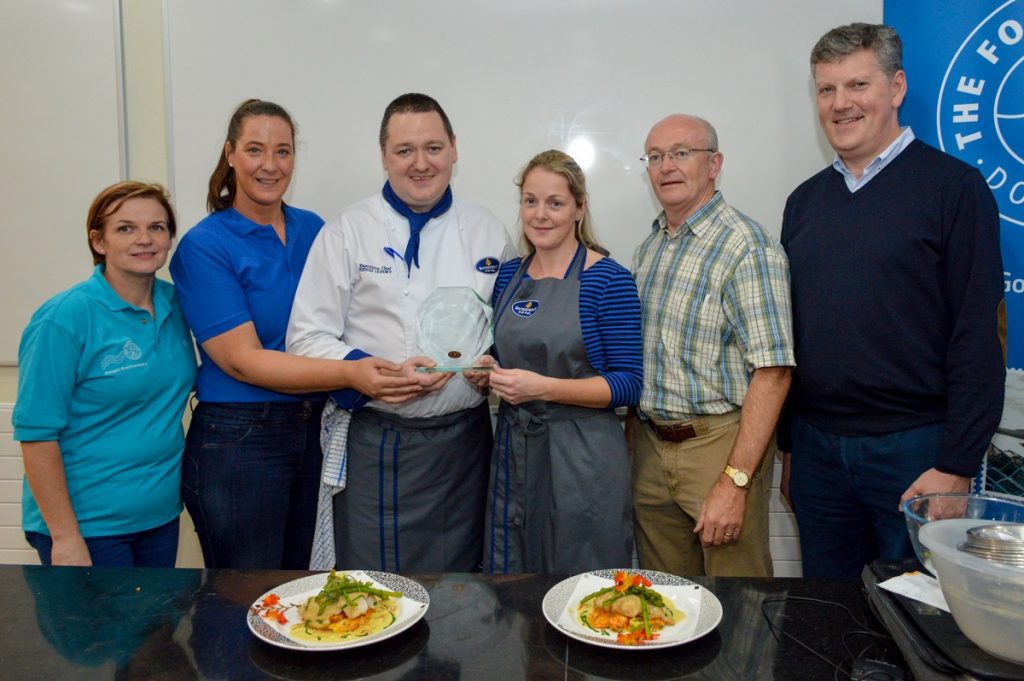 While the Waterfront Hotel chef will have one eye on the national finals in Kinsale, he has urged local chefs and restaurants to mark the Donegal contest in their diary for 2018.

“We would highly recommend local business to consider showcasing their Seafood Chowder and keep Donegal on the map. The event itself is down to public vote on the day and to be honest it was such fun, it’s such a fun family day out with the best of the best in competition.”

Indeed, Brendan said he is looking forward immensely to the competition in Kinsale and is thrilled to be representing the county.

“We now continue onwards to Kinsale to showcase our Seafood Chowder early in 2018 and we hope to do Donegal proud. Thank you to everyone who voted for us and do call to the Waterfront Hotel for a bowl of our award winning seafood chowder!”

Meanwhile world champion Kieran Duey Doherty who is a member of The Food Coast Network, is under no illusions about the benefits that brings.

“It’s a great support for anyone working in a food related business in the county and it encourages businesses to collaborate and work towards a common goal of making Donegal famous for good food. Events like the All-Ireland Chowder Cook-Off are great fun, but they also have a serious role to play in helping us share Donegal’s food story with a wider audience and I was honoured to be able to do that when I travelled to Rhode Island.”

Michael Tunney, Head of Enterprise in Donegal says The Food Coast is about helping businesses work together to highlight the developing food culture in the county.

“The Food Coast Initiative gives new and existing food businesses in Donegal the opportunity to connect with fellow businesses while building the profile of Donegal. The ambition for the Local Enterprise Office is to encourage new food start-ups and the development of established businesses.

We already have a strong network of businesses on board and we’re inviting anyone with an interest in the county’s food sector to join, from start-up businesses to established primary producers, farmers, manufacturers, distributors, retailers and restaurateurs.”

Food businesses interested in finding out more about the Food Coast or seeking to join Donegal’s Food Coast Network should contact Eve Anne at the Local Enterprise Office 074-9160735 or visit their website www.localenterprise.ie/donegal

Donegal Chef Conmy aims to fish out a prize at the All-Ireland Chowder Cook-Off was last modified: November 14th, 2017 by Rachel McLaughlin