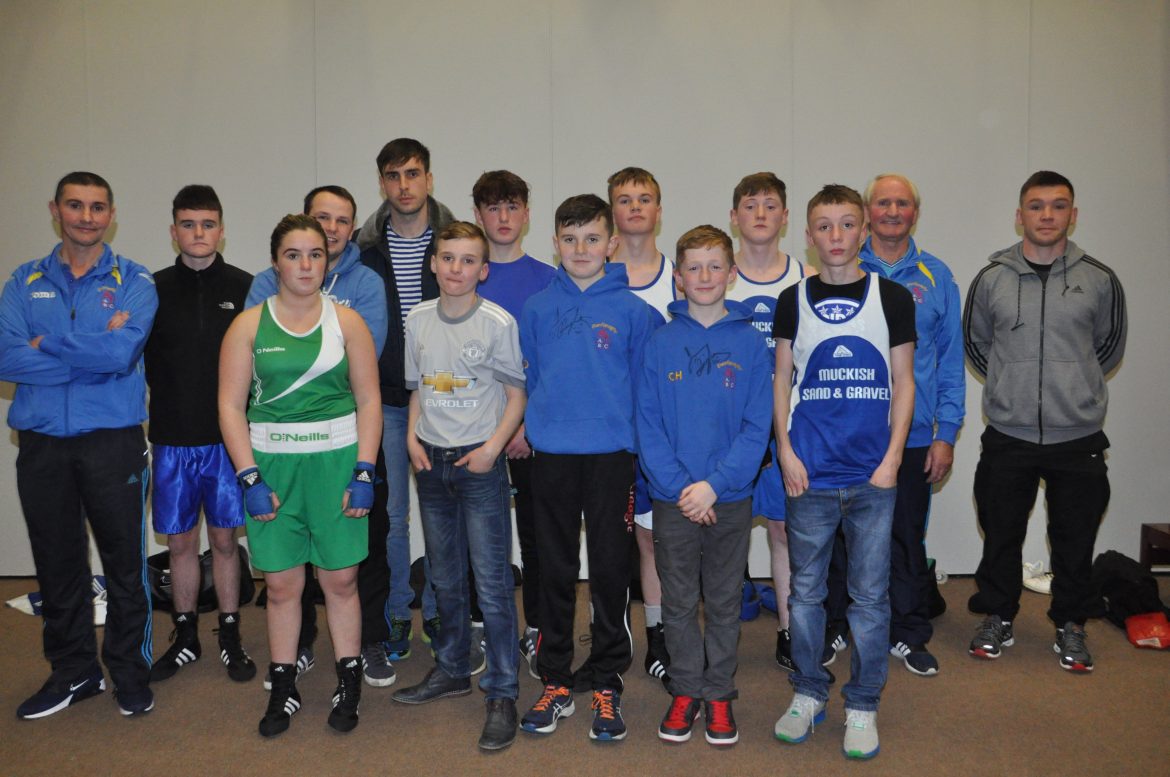 The Ozanam Centre in Dunfanaghy hosted a superb night of boxing on Saturday night and it proved a successful one for Dunfanaghy ABC punchers.

Eddie Harkin’s corner was victorious in nine of the bouts, including the latest one for rising ace Sean Kelly.

Between the home club’s ropes, Kelly was emphatic in beating Fionnan Rodgers from Dungloe. The Irish Junior 2 title holder gave another fine performance and took the verdict of all three ringside judges.

It was his second win in a week, after he defeated Eoin McGarrell of Raphoe seven nights previously.

Bernie McDonagh is another Dunfanaghy ABC boxer who has tasted Irish glory of late and the 2016 Boy 1 champion overcame John Conors of Letterkenny, also on a unanimous decision.

One of Donegal’s emerging starlets is Illies Golden Gloves ace Chloe McDaid. And the Crana College student, who goes under the popular ‘Little Miss Dynamite’ moniker, caught the eye as she defeated local favourite Ciara Craig. McDaid broke through to win her first Irish title and the Illies woman certainly looks like one to watch again.

There was little between Odhrán McGinley and Michael McConigley, but it was McGinley who took the decision in a real firecracker.

Pubs could stay shut beyond August 10...