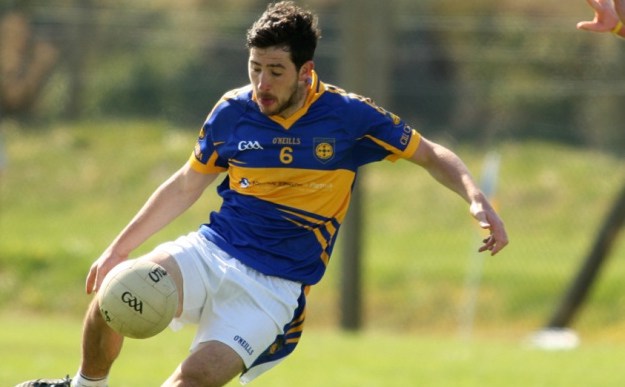 Mark McHugh, from Kilcar GAA, is to receive the 2017 Séamus Mac Géidigh Award.

12 Donegal sports journalists made up the selection committee for the award, under the stewardship of Damien Ó Dónaill from RTÉ Raidió na Gaeltachta.

Speaking on Barrscéalta on RTÉ Raidió na Gaeltachta, Ó Dónaill said: “Mark McHugh was chosen as the player of the year for his excellent displays on the field that saw his team won the Donegal Championship this year for the first time since 1993.”

“Mark played a central role in every match, in midfield, and on occasion, in a special role in defence.  Overall, he stood out from the very start of the Championship and there’s no doubt that he has earned the Séamus Mac Géidigh Award as player of the year 2017.  Congratulations to Mark.”

The award was inaugurated last year, and commemorates the much-loved and respected RTÉ Raidió na Gaeltachta broadcaster Séamus Mac Géidigh, best known for his excellent GAA commentary, who passed away suddenly in July 2016.

RTÉ Raidió na Gaeltachta’s Regional Manager in Donegal, Edel Ní Chuireáin, said: “I feel that Séamus would be very pleased that Mark McHugh will receive this award named in his memory.

“He commentated on many matches over the years where Mark’s skills were on display, and he was very proud when he received the All-Star Award in 2012.

“It’s a great pity that Séamus is not here to see it, but I think he would agree very much with the judge’s choice.  Congratulations to Mark.”

Mark McHugh will be presented with the award at the annual Donegal GAA County Banquet and Award night on Saturday 18 November in the Mount Errigal Hotel in Letterkenny.

The award was created by sculptor Redmond Herrity using Donegal Granite carved in the shape of Errigal, with an engraving of an image of Séamus to the front.