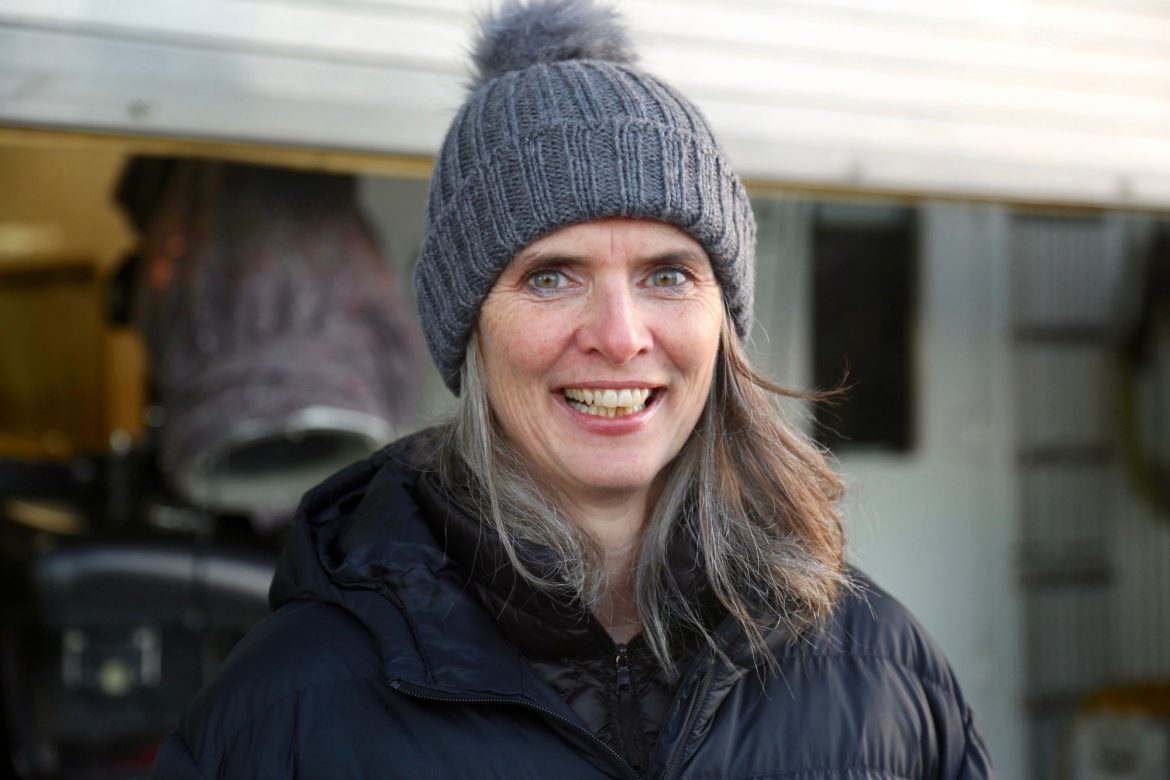 The Blue Planet II documentaries have been wowing viewers this season with incredible cinematic imagery and educational stories. But did you know a woman with Donegal roots was behind some of the outstanding episodes?

Orla Doherty (above) is one of the daring producers of the landmark BBC series, bringing footage of unexpected new landscapes and compelling stories to our screens. With family origins from the Donegal coast, she said the sea is in her DNA.

Before joining Blue Planet II in 2013, Orla had spent ten years at sea studying the coral reefs of the Pacific Ocean. Her experience in producing BBC and Channel 4 shows combined with her science background led her to join the ground-breaking team of Blue Planet.

Since then, Orla has spent 500 hours at depths of 1,000 metres in three oceans as Producer of The Deep and filmed scientists at the frontline of ocean discoveries from Indonesia to the Arctic Circle for Our Blue Planet.

Blue Planet II employed marvellous technology to get down to the Deep Ocean, and Orla has been heavily involved in the vast research required to get some of those shots.

Orla told John Toal on BBC Radio Ulster how November 5th’s episode ‘The Deep’ required her to collaborate with scientific institutions all over the world for years to form a way of getting into the most hostile environments on earth for humans.

It took her 17 expeditions over two and a half years of filming to explore the depths of the ocean and bring us amazing scientific discoveries, like walking fish and methane volcanoes.

Orla has spent 500 hours in submersibles for this series, and the expeditions were not without danger.

She recalled a terrifying moment for Independent.ie of her team’s sub springing a leak at the bottom of the Antarctic Ocean.

“Every time we head into the field to film, we take risk extremely seriously. As the producer, it’s my responsibility to assess protocols and procedures exhaustively.

“But what we did not know was that rocks could fall out of the melting base of icebergs and plummet towards our sub.

“However, it wasn’t until water started leaking into the sub at a depth of 450 metres that the true risks of what I was doing hit home. It wasn’t terror I felt as much as resignation. ‘If this is going to blow,’ I reasoned, ‘there’s nothing I can do.’

“But within 20 minutes, the pilot had isolated the leak and shut down the problem. When he asked if we wanted to ascend, I declined and we stayed down filming for two more hours. Every moment in the deep sea counts,” she wrote.

Portrait of a hermit crab taken on the M/V Alucia expedition to the brine pool.
Photographer: Espen Rekdal

David Attenborough’s iconic voice and storytelling skills bring even more captivating elements to the footage. Orla counts the veteran broadcaster’s narration as a fantastic addition to the overall package.

“He is an absolute master of telling the natural history and his words, his voice just adds a whole extra dimension to what we produce and it’s the most humbling, delightful joy to have him come and put his voice to our films,” Orla told John Toal.

Viewers can catch the second episode produced by Orla later in the series. ‘Our Blue Planet’ examines the impact of human life on life in the ocean.

Orla said: “Our mission in the final episode of the series was two-fold – to feature stories that would both highlight the immense challenges our oceans face and offer hope for a healthy future ocean.

“Working with ocean scientists around the world, we wanted to go further and deeper into the lives of some of the best-loved characters from the series, to show how our choices and actions are impacting them.”

The final episode will examine coral bleaching, where rising water temperatures devastate the reefs and kill the corals. From her experience with a coral reef NGO, Orla will be sharing an important warning from this episode:

“The future of coral reefs and other magical worlds in the ocean lies in our hands. In Our Blue Planet, we share stories of pioneering individuals and communities who have championed a pocket of the ocean – to reverse its fortune and safeguard its future,” she said.