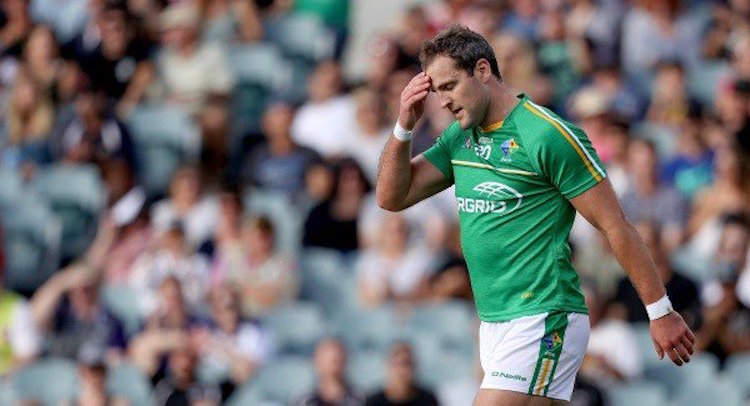 Australia regained hold of the Cormac McAnallen Cup after a three-point win over Ireland in Perth gave the Aussies a 13-point aggregate win in the International Rules Series.

Ireland did briefly threaten a comeback in the series, with Gary Brennan and Chris Barrett goaling in the first quarter for Joe Kernan’s team at the Subiaco Oval.

Australia, though, turned the tables in the final two quarters. Ireland led by seven points at the close of the third stanza, but it was a last-gasp over from Dayne Zorko, following a mistake by Niall Morgan, that enabled Australia take the win.

Murphy laid on the assist for Barrett’s goal, which actually put Ireland ahead in the series.

But a series of wides meant that Ireland weren’t as far in front as they might have been, although the visitors led 30-17 at the mid-way point.

In a deadly ten-minute spell, Australia chalked up 14 points in a row and they moved on to claim the win.

Disappointment for Ireland as lead slips away and Australia take series win was last modified: November 18th, 2017 by Chris McNulty