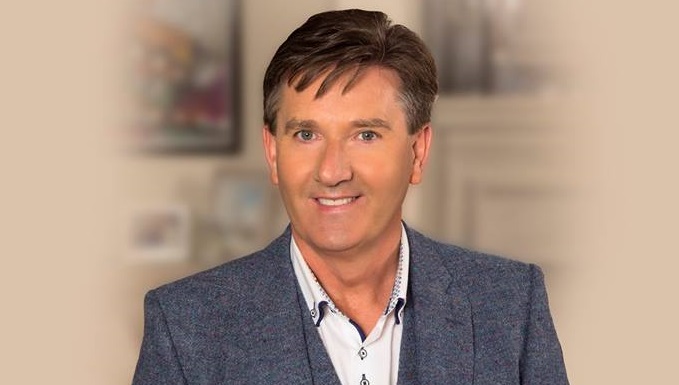 Superstar singer Daniel O’Donnell is busy preparing for the festive season, but it hasn’t stopped him giving fans great news about some big events on his calendar.

The Donegal crooner has just returned home to the hills after a series of shows in Branson, Missouri.

Fans can catch up with him this Friday (24th Nov) as he announced he will be a guest on The Late Late Show on RTE1.

Daniel also announced he will be returning to the INEC Killarney on August 14th, 15th, 17th, 18th and 19th 2018. Tickets go on sale December 2nd, which could be a great Christmas gift for the Daniel fan in your family.

Daniel and Ryan Tubridy will have plenty to chat about on The Late Late this week as the star looks ahead to his Christmas releases.

He’ll be appearing on various other TV shows on the promo tour, and has revealed that he and Majella will be starring on ITV’s Lorraine morning show on Monday December 4th.

This Christmas will be a special treat for Daniel fans as his ‘Christmas with Daniel O’Donnell CD’ is released on November 24th. The CD and DVD collection, recorded during a sell-out December show, is already in hot demand.