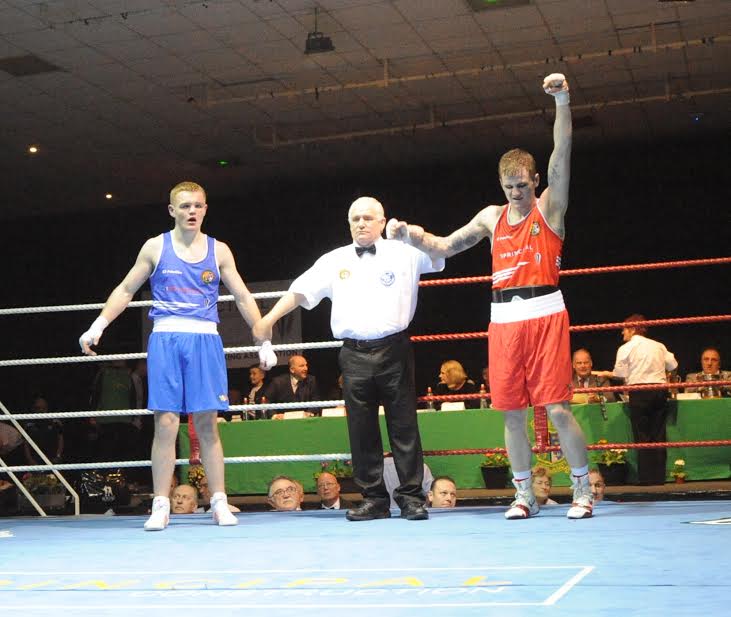 Nine minutes with another rising star in Aidan Walsh stands between Brett McGinty and an Ulster Elite title tomorrow night.

The welterweight final has all the hallmarks of being a classic.

The two punchers were team-mates in the 2015 Commonwealth Youth Games finals in Samoa, McGinty taking a silver at 69kgs and Walsh, from Monkstown, winning gold at 64kgs.

Now, their paths collide before a capacity crowd of over 1,200 at the iconic Ulster Hall – the first time in a decade they return to the venue.

Tomorrow night’s finals will aid selectors in putting the Northern Ireland team together for next year’s Commonwealth Games in Australia.

St Johnston star McGinty, who has won ? Irish titles, made light work of Nathan Watson in last week’s semi-final at the Dockers Club.

Watson didn’t answer the call for the start of the third round, giving the powerful McGinty a passage into the final.

Walsh, fighting out of Monkstown ABC, has been excellent in overcoming Ross Boyle and Gerard French.

The finals will be streamed live on the BBC website.