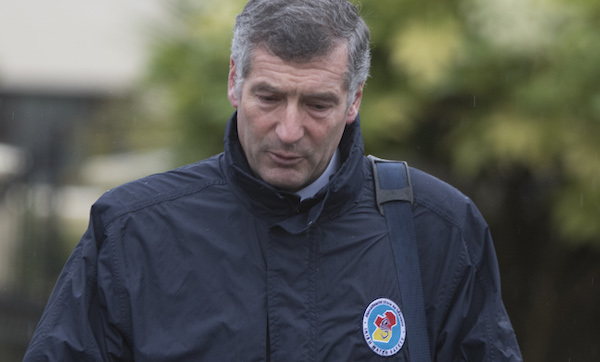 A water safety expert has pleaded with people to buy inexpensive items which could save their lives if their cars become trapped under water.

Chief Executive Officer of Water Safety Ireland, John Leech, was speaking at the inquest into the loss of five lives in the Buncrana Pier tragedy

Mr Leech, a naval officer for more than 20 years, gave a moving experience of how he has recovered many bodies in his career from both cars and fishing trawlers.

He showed those at the inquest at the Lake of Shadows Hotel of some items which could be used to help people get our of their cars if they ended up under water.

These included a seatbelt cutters and a centre-punch which could easily break a car window.

“These items are very inexpensive, I got some fo them for as little as €10, and they can save a life,” he said.

He also gave a step-by-step guide of what is recommended to people who become trapped in their cars.

Surprisingly he first advised people not to use their phones to contact the emergency services.

Instead, people should free themselves from their seatbelts, then break a window and allow children to escape the vehicle first before the adults.

He added “People have to remember that cars float for a long time in the water and people should get out as quickly as possible and then they can hang onto the cars.”

He also revealed he is currently in discussions with the Irish Coastuard Service whereby they issue advice to people trapped in their cars in water.

If someone is trapped in their car and do contact the Coastguard Service, they could be given this advice to acted upon immediately, he added.

“It is an issue in Ireland and we have people drowning every year,” he said.

He added how he also supported a new system called an Automatic Window Opening System which will see cars open their windows if it pitches to a certain level when in water.

Expert pleads with people to buy inexpensive items to help them get out of submerged cars was last modified: November 24th, 2017 by Stephen Maguire