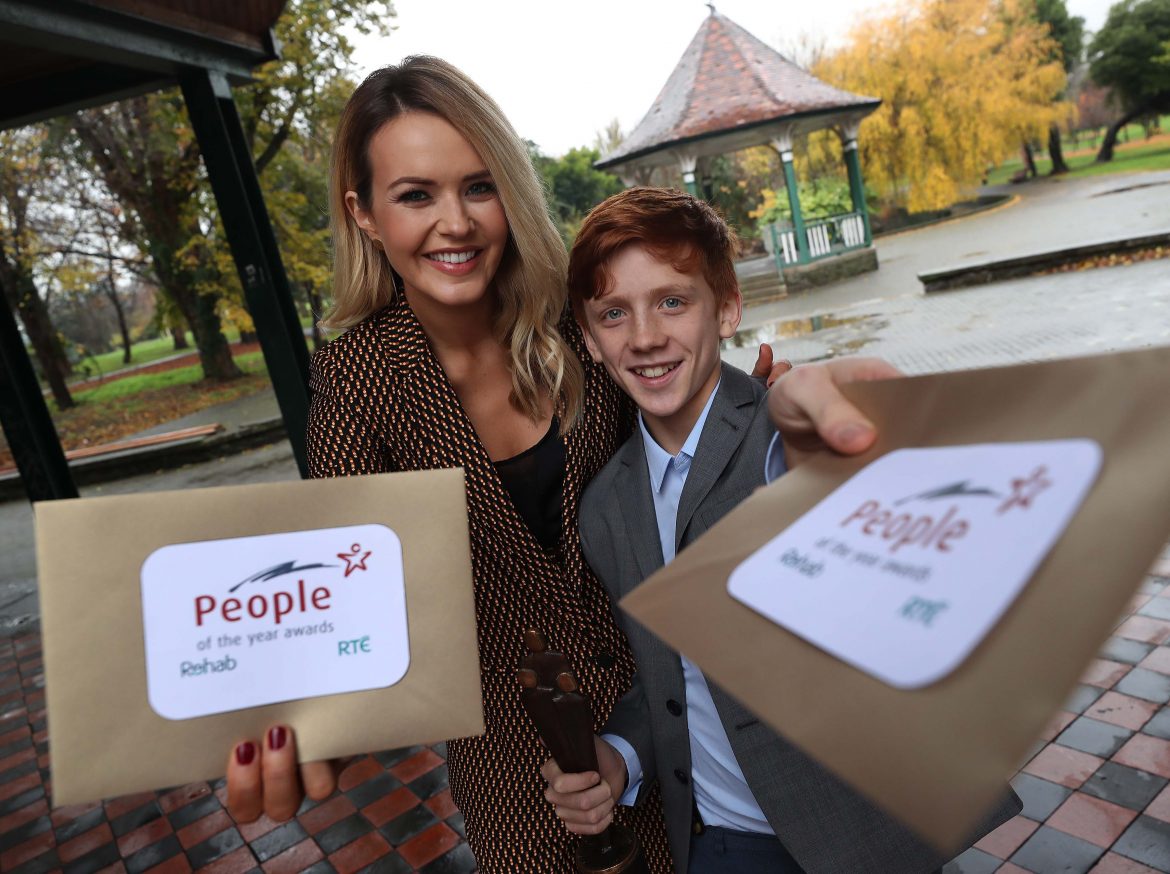 Actor Aoibhín Garrihy and former winner Milo McCarthy (14) are urging the public to nominate their Donegal heroes for a People of the Year Award before nominations close.

The final date for submitting nominations is Friday, December 1st – the last chance for the public to nominate Ireland’s heroes for this year’s Awards.

Now in its 43rd year, the awards, which are organised by Rehab Group, will be broadcasted on RTÉ One on Saturday, March 3rd from The Mansion House.

At today’s final call in Dublin’s Herbert Park Hotel, Aoibhín and Milo urged the public to nominate their Donegal heroes – family, friends and colleagues – and those ordinary people who have done extraordinary things. 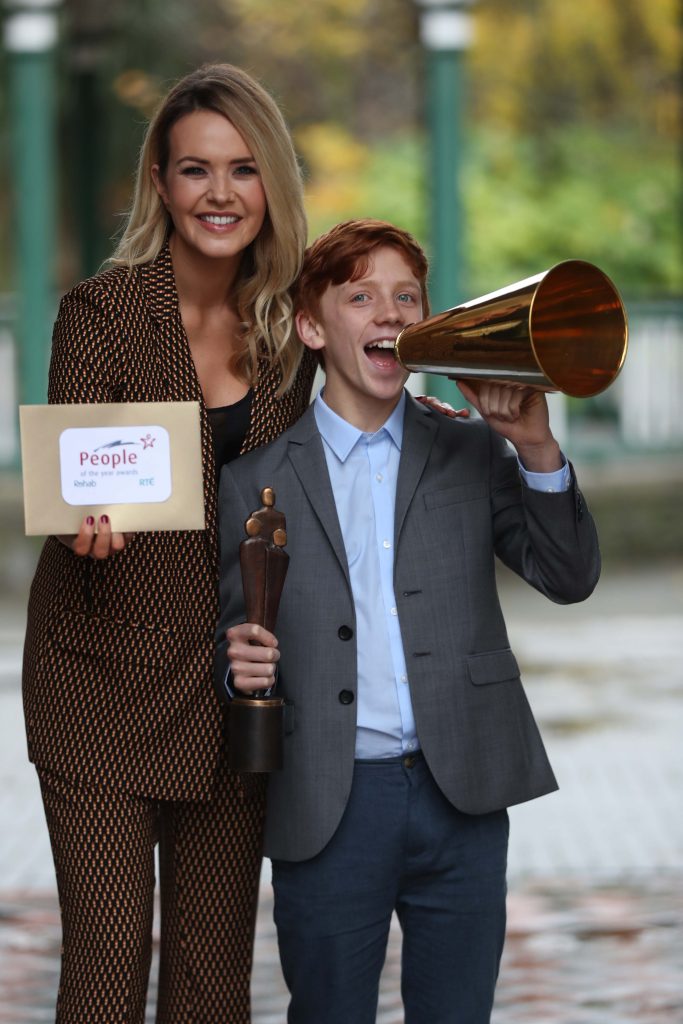 Aoibhín described the awards as one of the highlights of her social calendar and urged the public to nominate somebody who deserves recognition.

Aoibhín added: “I’ve been a huge fan of the show for many years. It’s a great night out, myself and John (husband) always attend the awards and look forward to it every year. We wouldn’t miss it, you meet such incredibly brave people who have done amazing things. It’s such a fantastic national celebration which recognises some truly amazing people across Ireland, from all communities and backgrounds. We all know people who deserve recognition, so I hope people get nominating their heroes.”

Milo McCarthy (14) revealed he was stunned when Games of Thrones star Liam Cunningham presented him with the Young Person of the Year Award in 2016. The little hero received the award after he raised nearly €18,000 for Syrian refugees by busking on the streets of Cork City and his hometown of Midleton

He added: “It was a total surprise, I had no idea Liam was presenting the award to me. He was very nice and congratulated me when we spoke after the show. I still get spotted in Cork as the guy who busked to raise money for refugees. It’s such a great experience, so I’d urge everybody to nominate their heroes. There is so much negativity in the world, so it’s good to shine a light on all that is good.”

It is quick and easy to nominate someone for a People of the Year Award. You can nominate online at www.peopleoftheyear.com or by emailing peopleoftheyear@rehab.ie

Time to nominate your Donegal hero for a Person of the Year Award was last modified: November 23rd, 2017 by Rachel McLaughlin
Facebook0Tweet0LinkedIn0Print0
Tags:
awardsNOMINATIONSpeople of the year