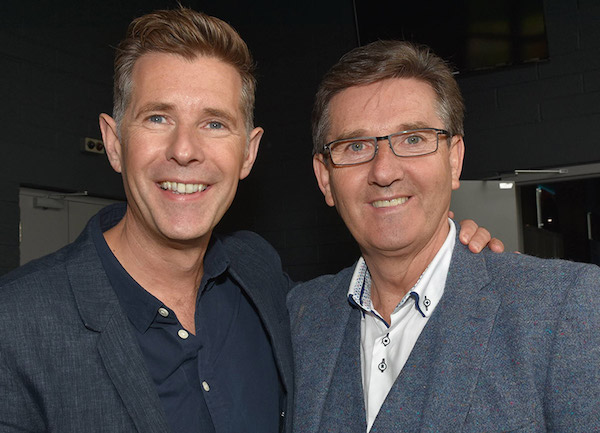 Daniel O’Donnell has opened up about letting television architect Dermot Bannon renovate his home and admits “he tore the house apart”.

The singer reveals how he and his wife Majella ended up filming for Bannon’s Room to Improve, and says they had no intentions of filming the show.

O’Donnell recalled how Majella bumped into the 44-year-old architecture, who she first met during a special charity dance-off on the Late Late Show two years ago, at an exhibition and asked for his advice.

Speaking on The Late Late Show, O’Donnell said: “She was at this exhibition, and he was talking at it, saying how important it is to bring light into dark spaces – the worst line ever she heard.

“She asked him to come up to Donegal – not meaning with the show – but just to give us advice. He said ‘Would you go on the show?’.

“I would say five minutes later I got a call and I said, ‘Well I don’t know, but I know we would get good attention if we did it.'”

O’Donnell says Bannon is doing “a great job” on the house but admits that it was a challenging process.

“He came in, and the three things we wanted done were done, but he tore the house apart!

“He said we had a very ordinary house – and us thinking we were living like royalty,” O’Donnell joked.

Minister to highlight potential of the north...