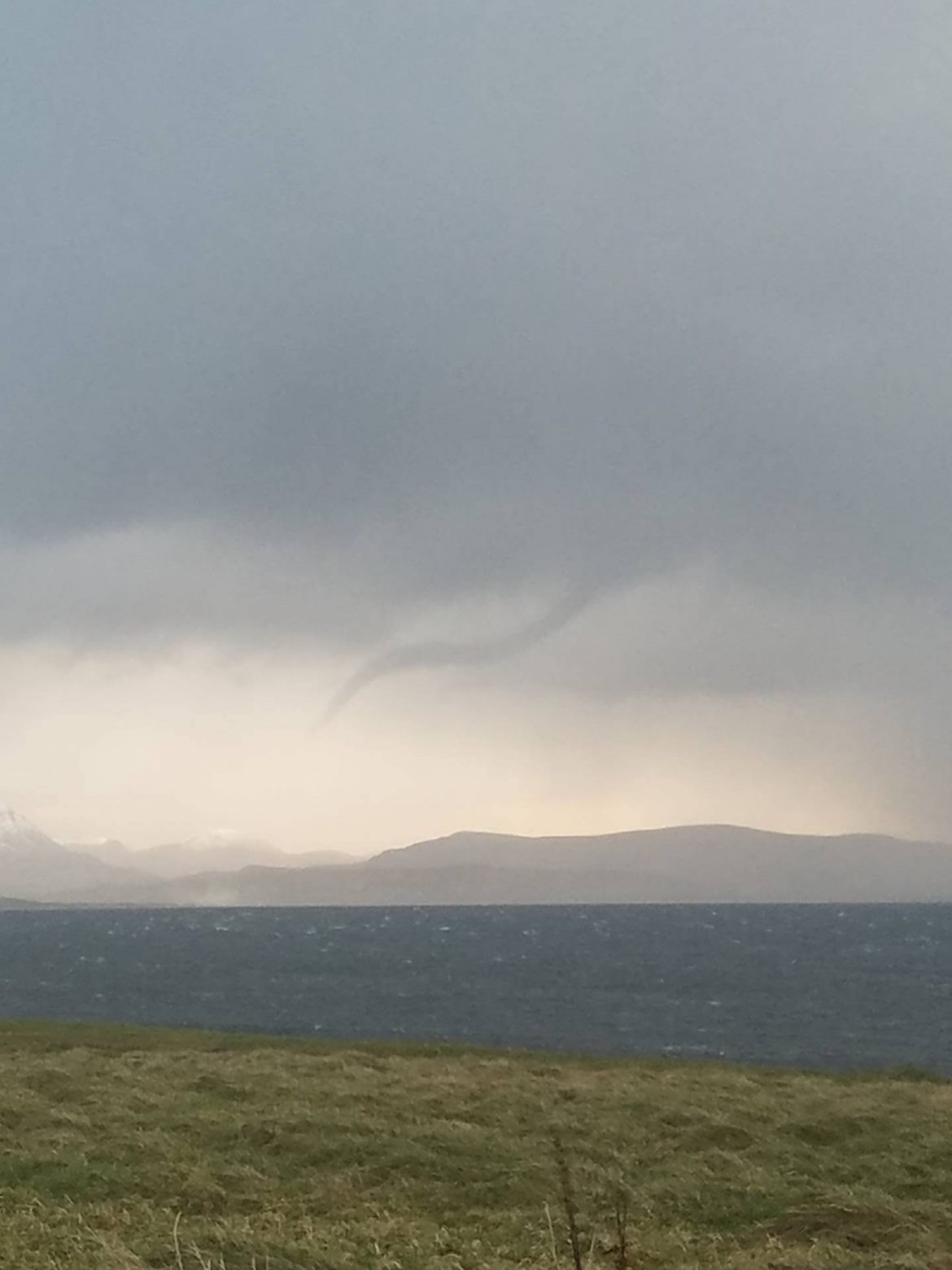 A large funnel cloud has been observed swirling in the skies above North Donegal amid the Met Éireann issued Status Yellow ice and snow warning.

Donna McClafferty snapped these pictures from Tory Island towards the direction of Magheroarty and Mount Errigal on Thursday.

She told Donegal Daily that conditions were dry at the time, with a heavy hail shower following the appearance of the funnel cloud.

A funnel cloud is a rotating column of condensed water droplets, usually attached to a larger cloud.

If a funnel cloud touches the ground, it becomes a tornado – although in Ireland these ‘tornados’ are often just small debris swirls.

In a column for TheJournal.ie, Meteorologist Karl Mehlhorn explained that these unusual-looking phenomena are not uncommon in Ireland.

“A tornado is classed as such when a funnel touches down on the ground. If they touch down over water, they are known as water spouts.

“The term ‘mini tornado’ is a misinterpretation of a tornado. It’s either a tornado or a funnel, or else it is simply squally and gusty winds which can be associated with thunderstorms or heavy showers.

“What we usually get in Ireland are cold air funnels. These can occur from cumulonimbus or a smaller cumulus cloud. A small vortex occurs at the base of the cloud and this will have the appearance of rotating slowly in a tight circle.”