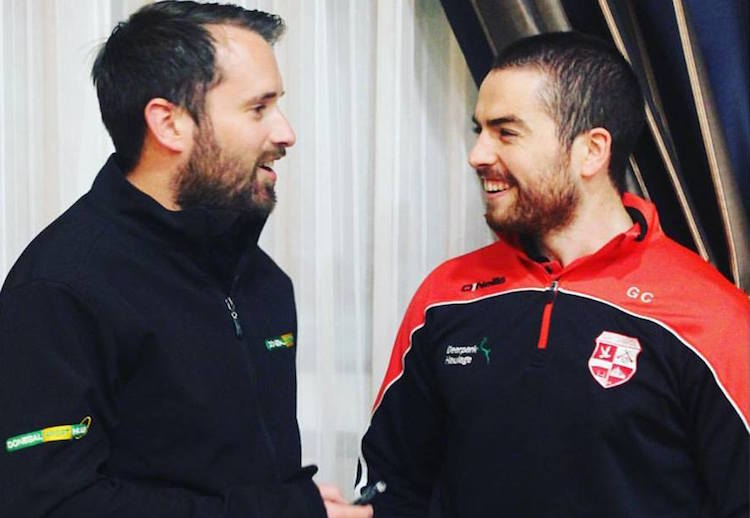 Gerard Curran might be forgiven for pinching himself as he makes the short journey to Celtic Park for this evening’s Ulster JFC joust with Belnaleck.

Until this year, Naomh Colmcille had never won a game at provincial level, but now they stand on the cusp of something special.

“An Ulster title was far from our minds this year,” Curran – pictured with Donegal Daily’s Chris McNulty – said.

“After we messed up in the League, all we had was the county final.

“Now, this…Every man is bouncing into training. Everyone in the parish is talking about it and asking about the final.”

Naomh Colmcille lost club President James Dowds before the semi-final, which was re-arranged following his death.

His spirit will live on, though.

Curran said: “James was one of the main driving forces. What James Dowds did for the club, the fruits of it are being seen now. There was no-one like him and he’ll be in our minds on Saturday.”