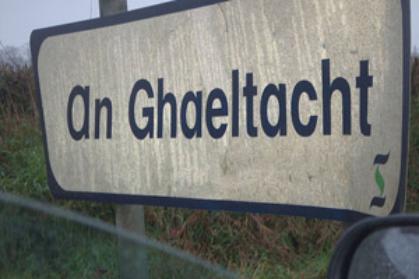 Over 1 in 3 speak Irish in Donegal

The Central Statistics Office (CSO) have published a Census 2016 report which shows that almost 40% of people in Ireland can speak Irish.

1.76 million people aged three and over indicated that they have a firm grasp of the Irish language.

On the other end of the scale, there were no Irish speakers recorded in Killygordon, Templecarn, and Pettigoe.

Almost one in four of those who said they could speak Irish (23.8%) indicated that they never spoke it. A further 31.7% said that they only speak our national language within the education system.

Outside of these cities, the largest absolute numbers of daily speakers were living in An Bun Beag-Doirí Beaga (771), followed by Letterkenny (525) and Swords (487).

To see the percentage of Irish speakers in your Electoral Division, you can follow this link to visit the CSO’s interactive map:
http://census.cso.ie/p10map51/

Over 1 in 3 speak Irish in Donegal was last modified: November 25th, 2017 by Elaine McCallig