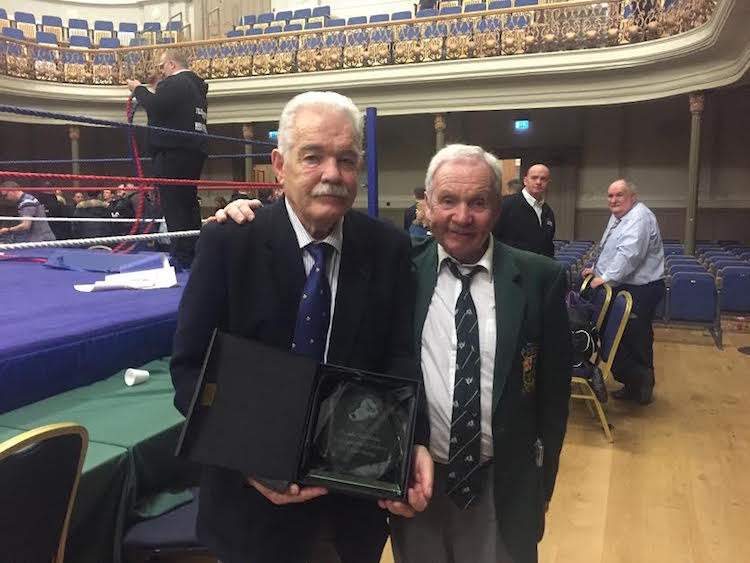 Paddy Doherty honoured by Ulster Boxing Board on finals night

Donegal boxing stalwart Paddy Doherty was last night honoured by the Ulster Boxing Council for his services to the sweet science.

Doherty, from Ballyshannon, was a Commonwealth Games bronze medalist in Edinburgh in 1970.

He subsequently turned pro and, in July 1972 at Croke Park, Doherty shared a bill with the legendary Muhammad Ali.

On the night, in the fight after Ali defeated Alvin Blue Lewis, Doherty stopped Bobby Ruffe from Swansea in the second round of their middleweight bout.

Doherty was 4-3 as a professional and remains actively involved in the Donegal Boxing Board.

Last night, he was honoured at the Ulster Elite finals in the Ulster Hall.