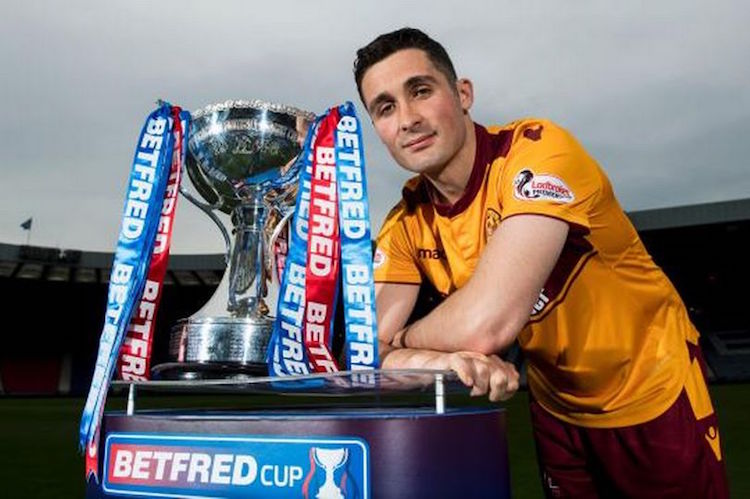 THERE WAS DISAPPOINTMENT at Hampden Park this afternoon for Motherwell’s Carl McHugh against Celtic in the Betfred Cup final.

McHugh, from Lettermacaward, was Motherwell captain but couldn’t prevent Celtic retaining the trophy they won 12 months ago against Aberdeen on a 2-0 scoreline.

Today, it was also 2-0 with James Forrest scoring the opening goal with a curling shot on 49 minutes.

Four minutes later, Louis Moult was denied with a header by a magnificent save from Celtic goalkeeper Craig Gordon.

The roof caved in for Motherwell then on the hour when Moussa Dembele netted a penalty after Cedric Kipre had tugged Scott Sinclair and was well as awarding the penalty, referee Craig Thomson also sent off the Motherwell player.

The closest either team went to a third goal of the afternoon was when Celtic substitute Leigh Griffths struck the Motherwell post having rounded Trever Carson. Louis Moult hit the Celtic upright with the last kick of the game from a free-kick.

Celtic are now unbeaten domestically since Brendan Rodgers took charge in the summer of 2016 – a run that now stretches 65 matches.