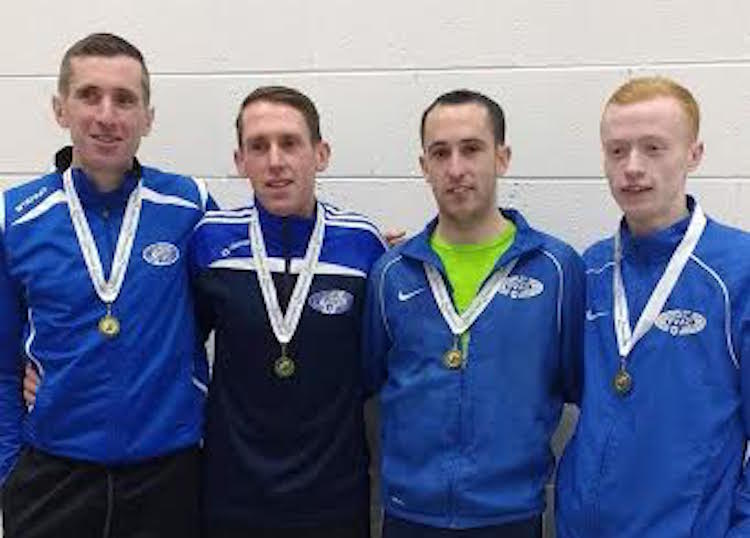 Finn Valley AC senior mens cross-country team is a work in progress as they target getting back to a period in their history when they dominated Ulster and invariably Donegal.

Hence the performance of their men today in Dublin at the national inter-club Championships was a boost for that ideal as they won the grade B team title led by Dermot McElchar supported by Gerard Gallagher Seamus O’Donnell and Mark McPaul.

This was greeted with great delight by their solid support group.

Unfortunately a County team minus a number of key personnel did not impact – an issue that the Co Board may wish to discuss if they serious about chasing medals in the future.

The womens county team led by Co Champion Teresa McGloin in 8th after a valiant effort that saw her push for a top five spot and with Claire McGuigan  Karen Crossan and Michelle Hamilton on board were third behind Dublin and Cork again though understrength plaudits to them as they flew the flag and continued a great tradition of impact built on the great Valley teams of some years ago.

Next up is the national novice and uneven age championships in Waterford on December 17th and then the annual St Stephens Day 5k at 12 noon.

In the interim the annual festive get together will be held on Saturday night at 8pm. Tickets €15.