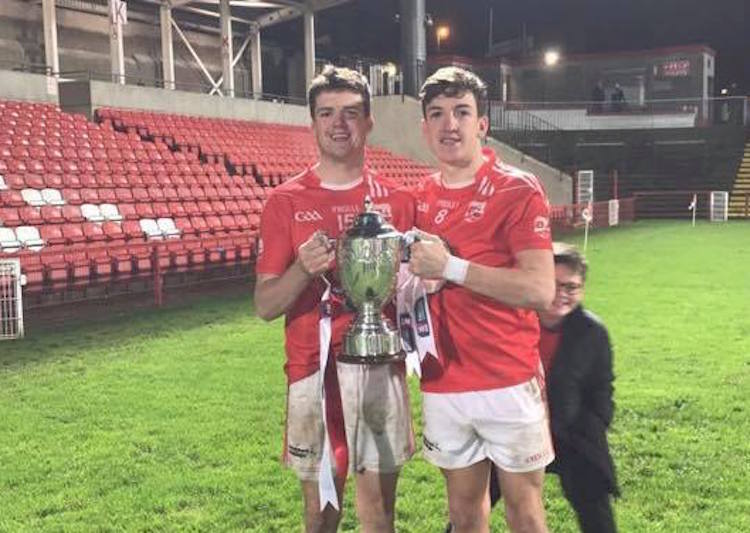 It was a night to savour for Naomh Colmcille’s brothers in arms last night as they penned a new, glorious chapter.

The 1-9 to 0-6 win over Fermanagh’s Belnaleck means they’re the first Donegal club ever to win an Ulster Junior crown.

“We’re here by merit and we won it by merit,” Michael Lynch, who famously cut a cast off a broken right hand last week.

“The thumb is still intact – I’ll worry about it in the morning!”

His older brother William had a huge influence on things too. With 15 on his back, he was deployed in a deep-lying role, from which he orchestrated a lot of what was good about Naomh Colmcille.

He helped form a tight padlock on the gates that kept Belnaleck at bay.

He said: “The defence probably doesn’t get the credit it deserves. All year, we’ve been very tight at the back. We’ve given away one goal in five games. That sets us up.”