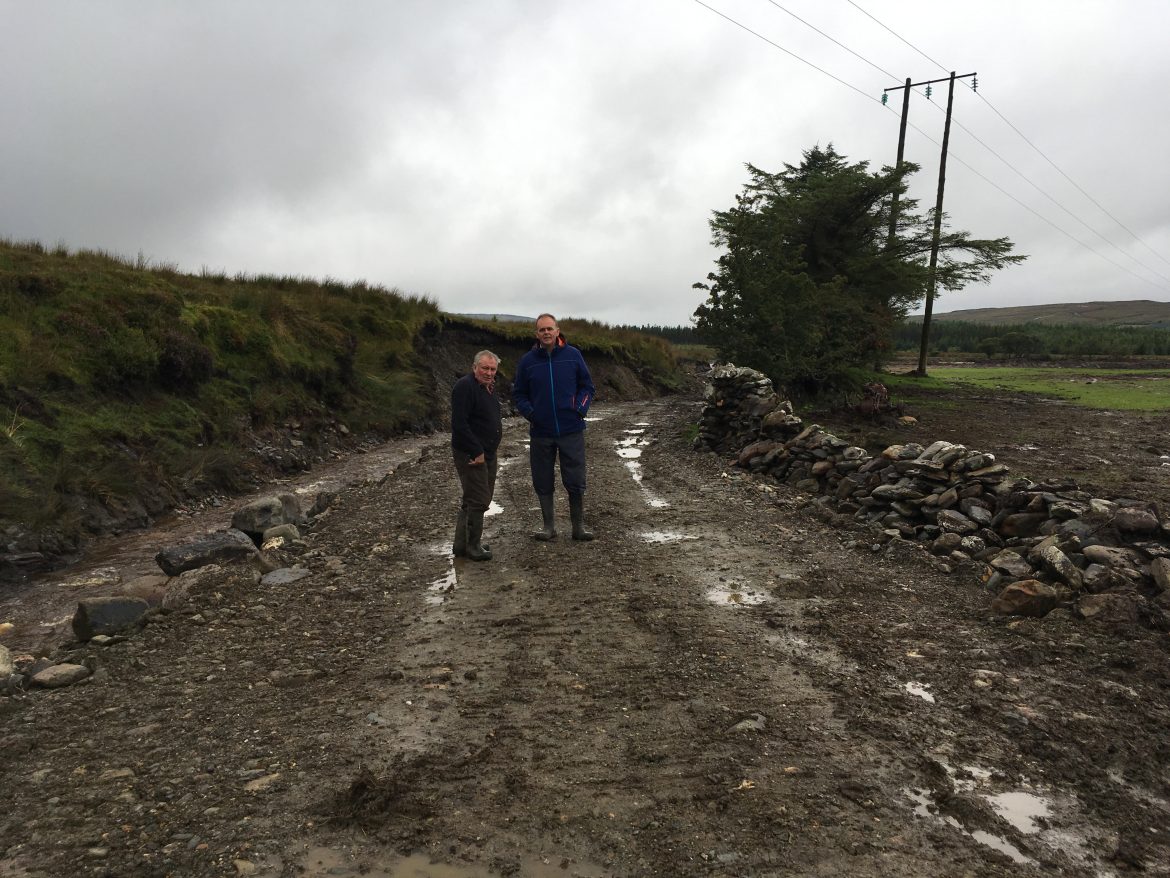 Payments will finally be issued to over 300 farmers affected by the catastrophic flooding that devastated livelihoods and destroyed homes across the Inishowen peninsula in August.

All inspections have now been completed, said Minister McHugh.

More than 300 farmers will begin receiving payments from next Monday, December 4.

Minister McHugh said: “Under the scheme introduced by the Department of Agriculture payments will now issue to farmers with losses of livestock, the loss of conserved fodder (Hay or Silage) and as a contribution towards the clean-up cost of agricultural lands, including repair to fences damaged by debris washed up by the floods.

“Payments will range from €250 to €15,000, the latter being the highest available under EU rules.

“When this measure was introduced I said it was important that payments would be made before Christmas and the Government is now honouring that commitment.

“I want to thank Minister Michael Creed, his officials and the staff of Teagasc who completed the assessments across a wide geographical area in such a short space of time.

“And I want to thank farming organisations who have worked diligently with their members to ensure the success of the scheme.”