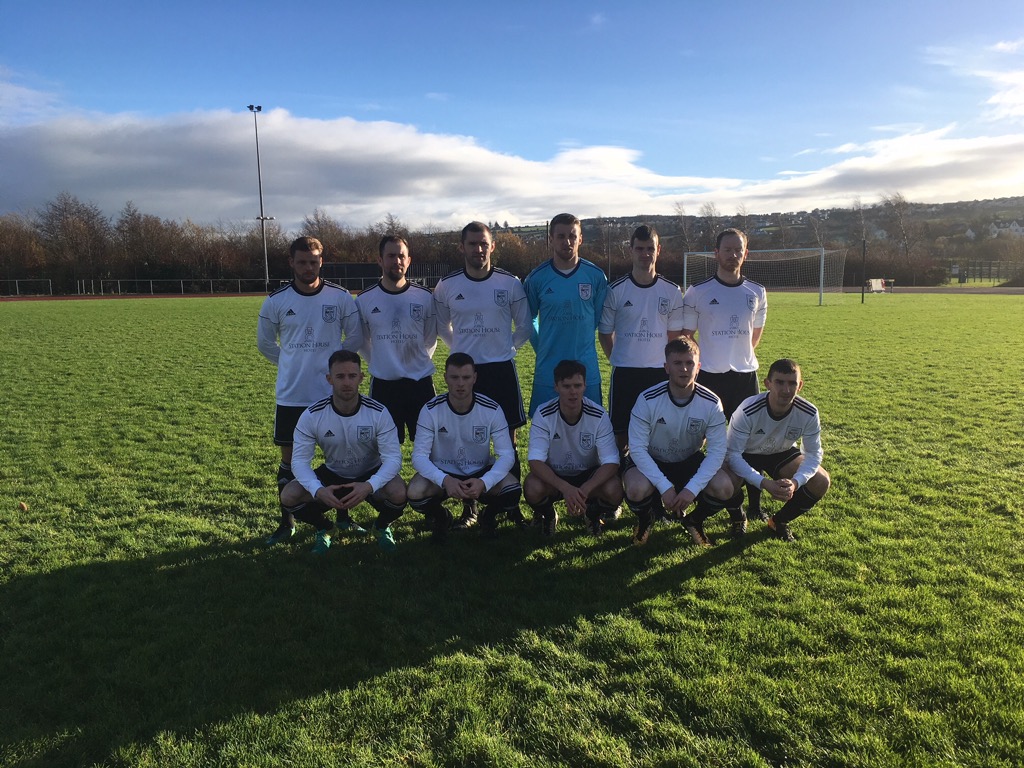 Letterkenny Rovers manager Eamon McConigley was proud of his men as they scraped past Midleton to reach the last 16 of the FAI Intermediate Cup.

Rovers twice came from behind to record a 3-2 win at the Aura Leisure Centre.

Jake Hegarty had a strike late in the first half cancelled out by Pajo Rafferty.

Just in the nick of time, Sean McCarron – who started on the bench due to an injury – popped up with a match winner.

“We got him a painkilling injection and he took two painkillers,” McConigley said of McCarron.

“He played through the pain barrier. We always felt that he would sneak one and he took the goal very well.

“I’m very proud of the lads.  We got our heads together and it showed the fantastic character in the team.”