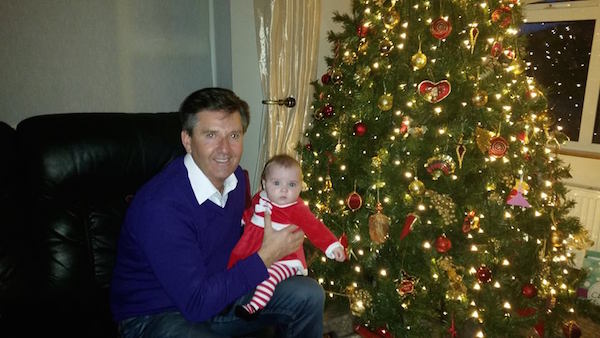 Daniel reveals he won’t be spending Christmas in Donegal

Daniel O’Donnell has revealed he and his wife Majella won’t be spending Christmas at home – and they’re blaming the builders!

The couple’s Kincasslagh home is getting a serious makeover as part of the upcoming series of RTE’s Room To Improve.

Despite hopes that Daniel and Majella would be in their home for the festive season, it now looks like Dermot Bannon and his team won’t be finished until February.

Daniel normally sings at midnight mass in Kincasslagh but it looks like that could be off his plans also.

Christmas With Daniel O’Donnell – Out Now

Daniel told the Irish Mirror: “We’ll spend Christmas with Siobhan and her husband and their daughter Olivia in Banbridge. We’re having the house renovated with Dermot [Bannon] and it’s out of bounds.

“It’s a bit of a building site but it’s going ok. We haven’t killed him yet and he hasn’t killed us.

“We’re very sure of what we want and he’s trying to tell us what we should have. He has great ideas, we’ll just have to wait and see how it all works out.

“We didn’t change the size of the house at all. There was an extension on the plans and we just said we didn’t need an extension, the house is big enough.

The 55-year-old crooner, who recently returned from a three-week residency in Branson, Missouri, said that not spending Christmas at home isn’t a big deal for him and Majella.

“We’re hoping to do the reveal show at the beginning of February. We were supposed to be in for Christmas, initially that’s what they spoke about but we thought that was a bit ambitious anyway.

“It doesn’t matter for us really.

He added: “We’re staying with Majella’s mother at the moment and sure we have plenty of places to go.”

Meanwhile, Daniel and Majella are set to return to our screens next year with a new series of their B&B Roadtrip.

The couple have done a u-turn on their original decision not to bring the show back and will be looking for B&B’s to take part soon.