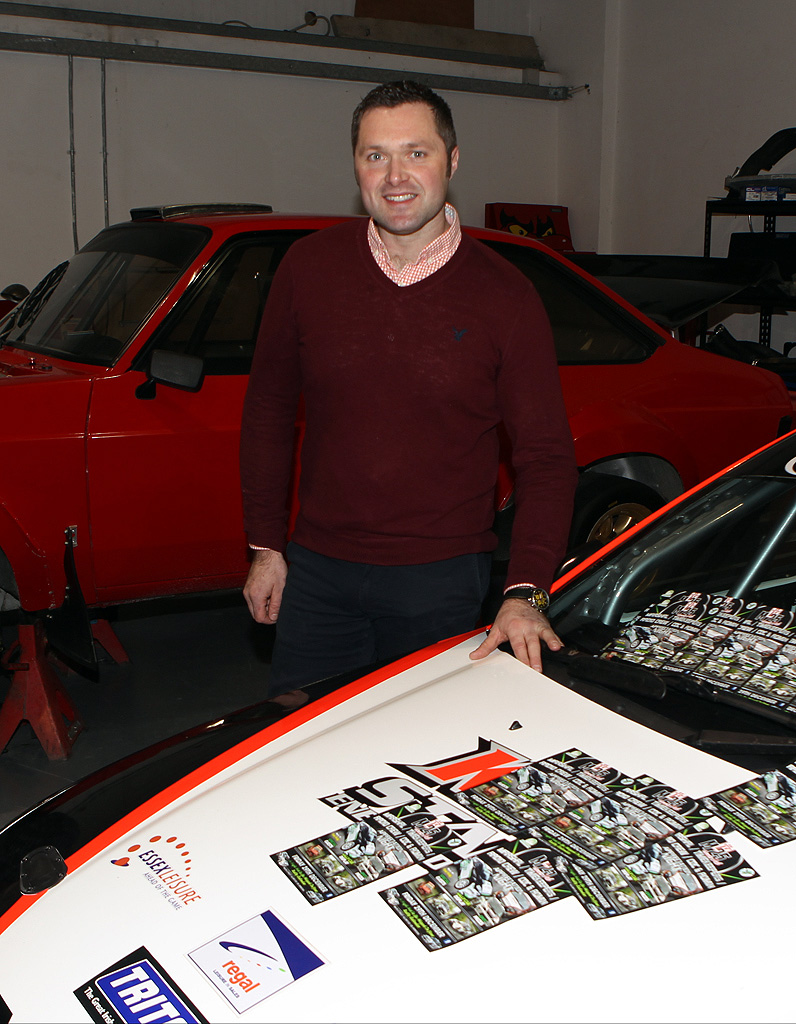 DD Motoring: Made in Donegal

Carlsberg don’t do rally prep, but if they did…

On Monday night I thought someone had beamed me out of Letterkenny and landed me in what I could only describe as a Santa’s grotto for a petrol head like myself.

Philip Case invited us to the opening of a new division of his business, V-Tyre. 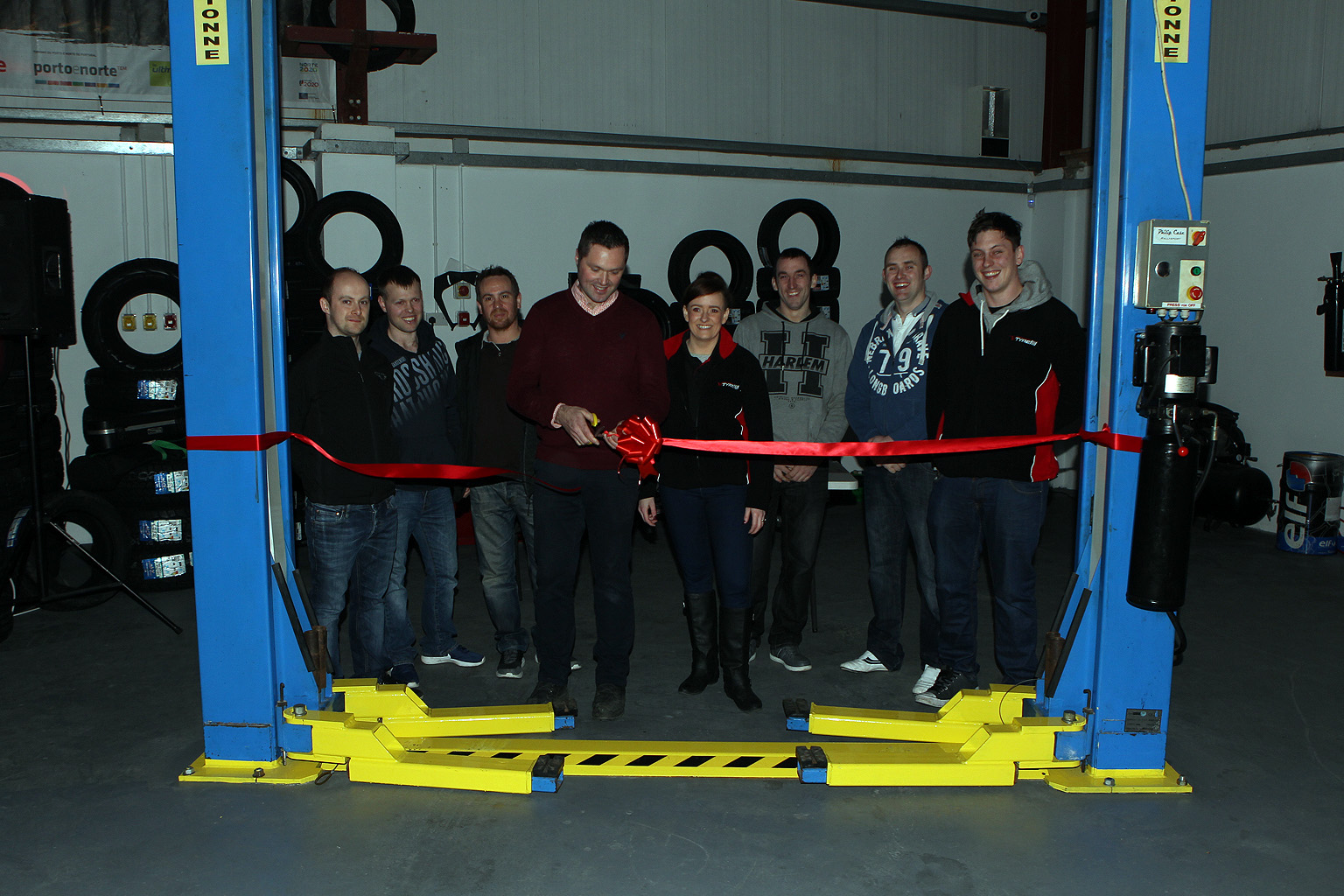 In the draw I won a t-shirt but politely declined. It’s something that “An Fear Feasa” the late Liam Conaghan from the Derry Journal once told me when I started to work for the papers. “Son”, he said, “we’re here to report on the news and take the pictures, not to take part!”

Mind you that wasn’t easy to do on Monday night. The truth be told, I’ve been here before and already have the t-shirt! 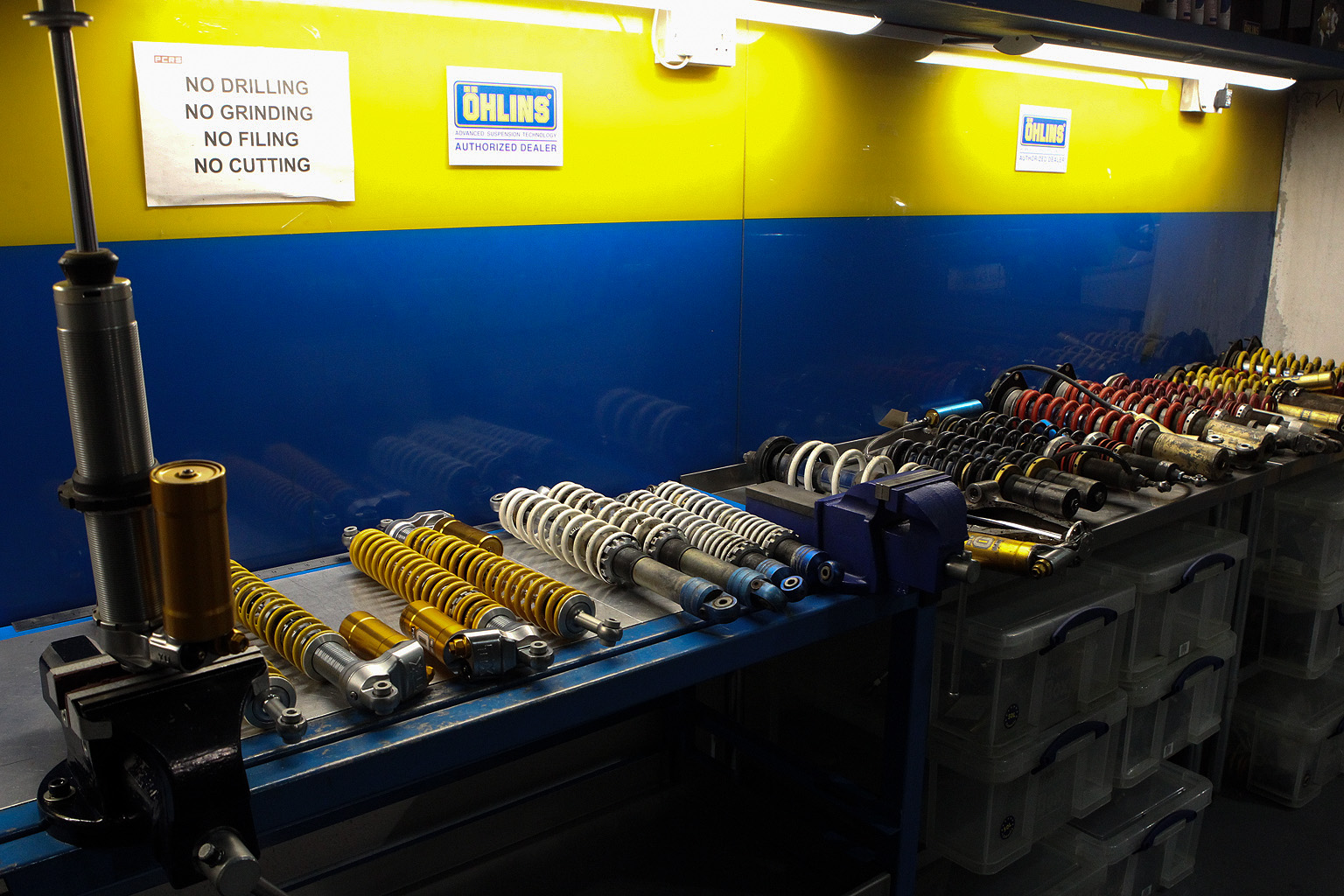 No Drilling, No Grinding No Filing No cutting. Gives you a good idea of the pression required by Philip Case at his workshop which was open to the public on Monday night. Photo Brian McDaid

Deja Vu.
We all have enjoyed watching a rally car coming together burning the midnight oil in garages all over Donegal down through the years. 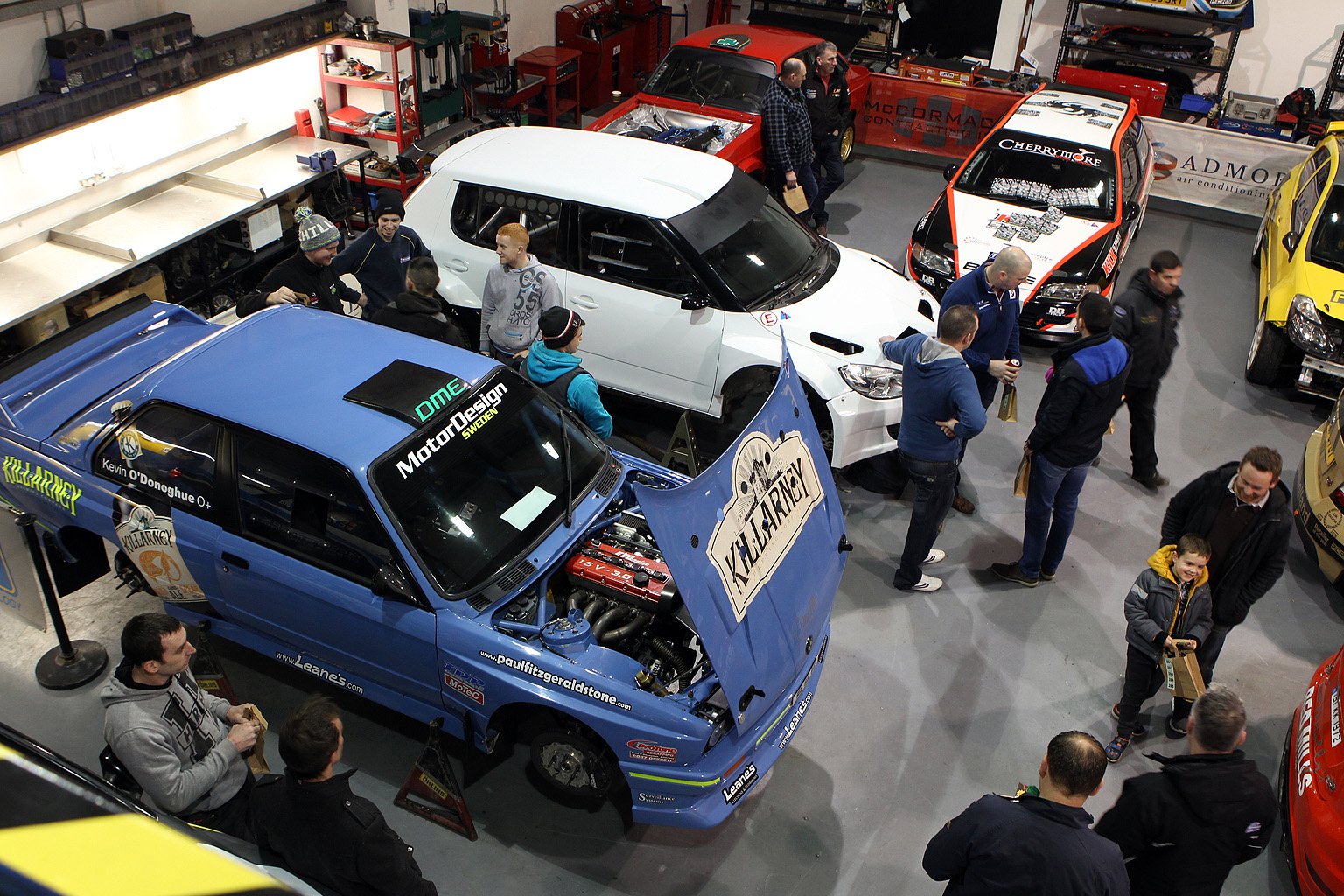 On Monday night there were great stories about local heroes like Sammy Fisher, Eamon Harvey and Danny Caddye, boys that believed in themselves in their own way and would have been so proud to see a motorsport centre of this level in Donegal. 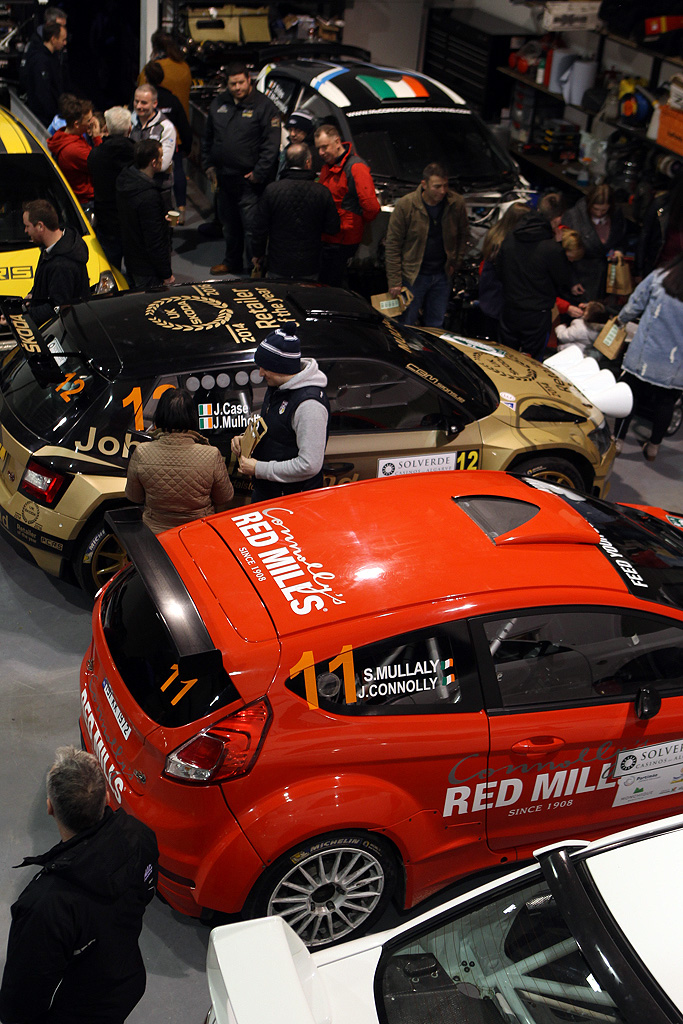 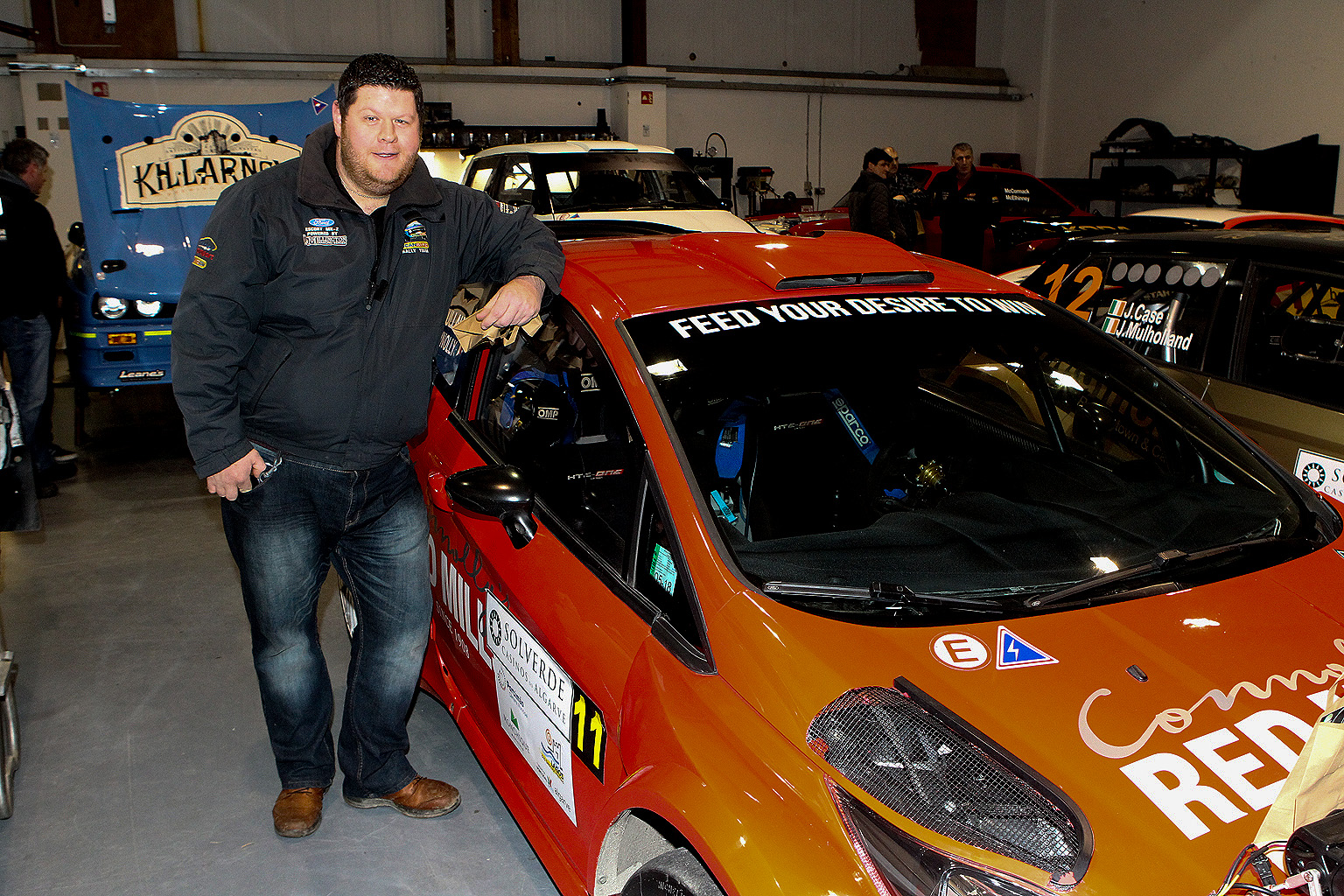 The one and Only Big T (Anthony Canning) from Off The Kuff band pictured at the opening evening at Philip Case Motorsport. Photo Brian McDaid

It’s great to see Philip expanding his business in Letterkenny, a man originally from Co. Laois who arrived in Donegal 13 years ago to set up his rally car preparation business in the heartland of rallying, Donegal of course! 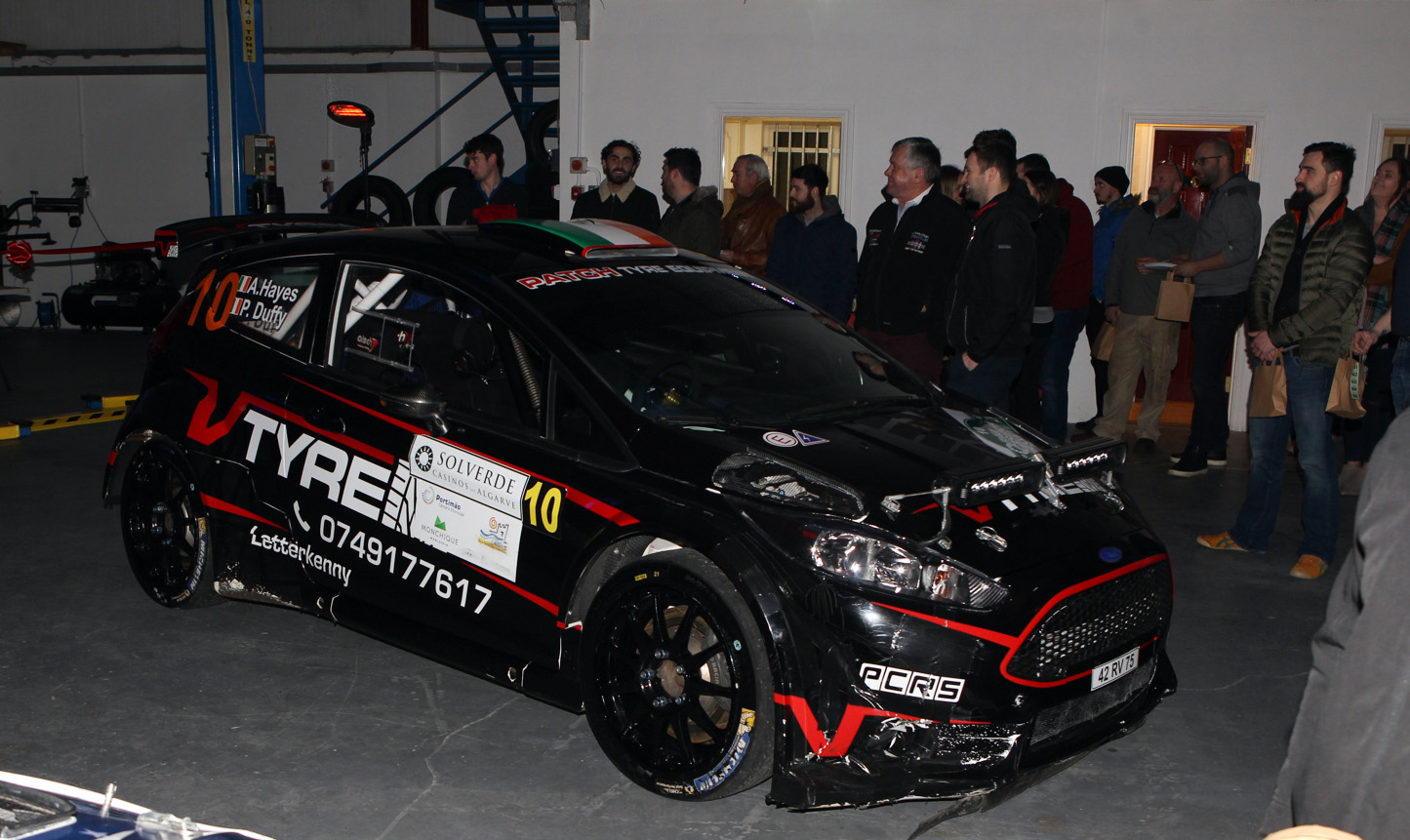 On of the rallying Fiesta’s on show at V Tyres in Lismonaghan on Monday evening. Photo Brian McDaid

If the reputation that Philip Case has built for himself in his short time here in rally car preparation is anything to go by this branch into the tyre section will be really something to look forward too.

On Monday evening Philip opened his tyre and four-wheel line steering section next door to his motorsport business. 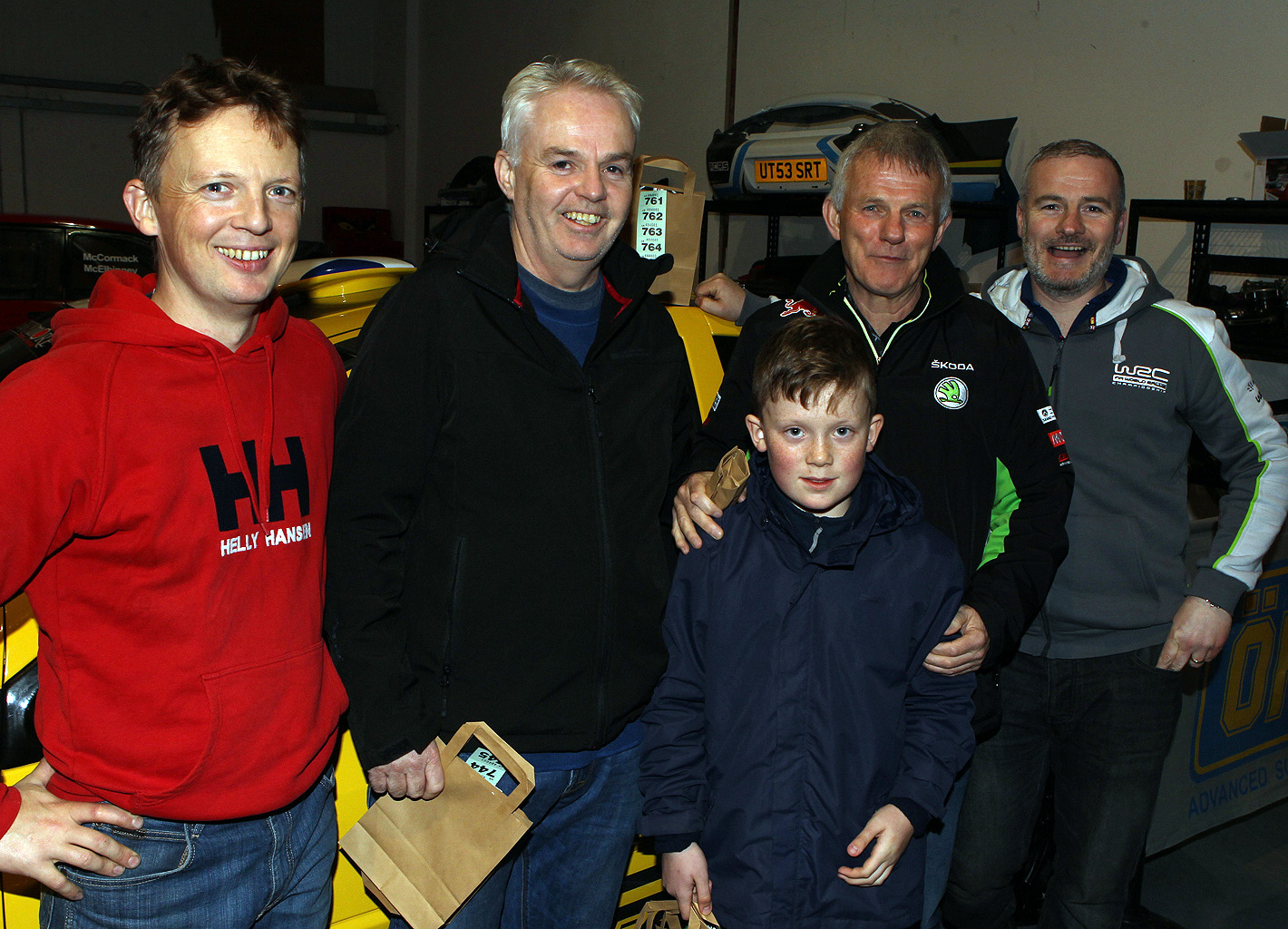 Stockholm, New York, Lismonaghan!
At the opening Philip also had his Motorsport workshops opened to the public which was packed with the cream of rally cars which he prepares and runs for customers not only from Donegal and Ireland but for customers as far away as America.

Three of the cars on show in his workshop still had their competition numbers in place from the Portuguese Rally which they competed in recently. 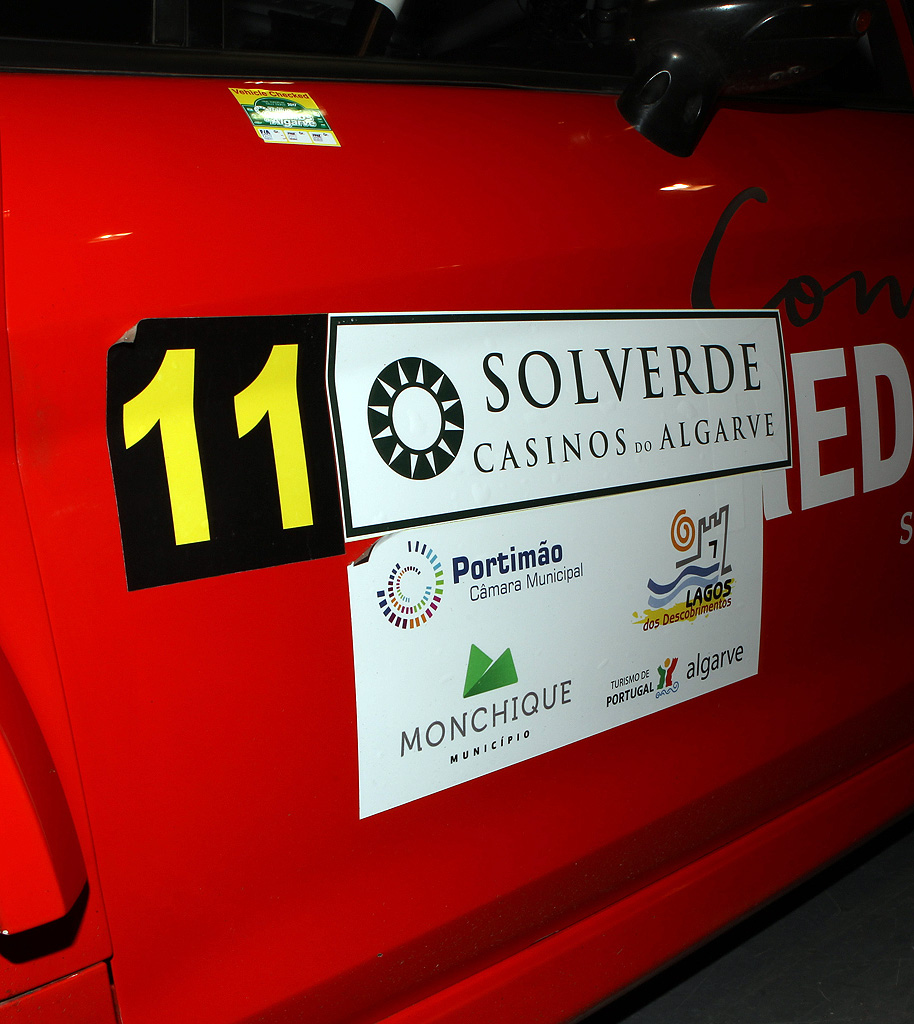 One of the three rally car just back from Portugal which Philip Case prepare and run which were on show for the opening on Monday evening in Letterkenny. Photo Brian McDaid

Local National Tarmac Hero, Damien Gallagher’s car was sitting proudly in the corner of the workshop in Lismonaghan, an escort which runs on the óhlins Suspension System which are supplied and fitted by Philip Case who is the official agent for the best in Swiss Suspension Systems all the way from Stockholm. 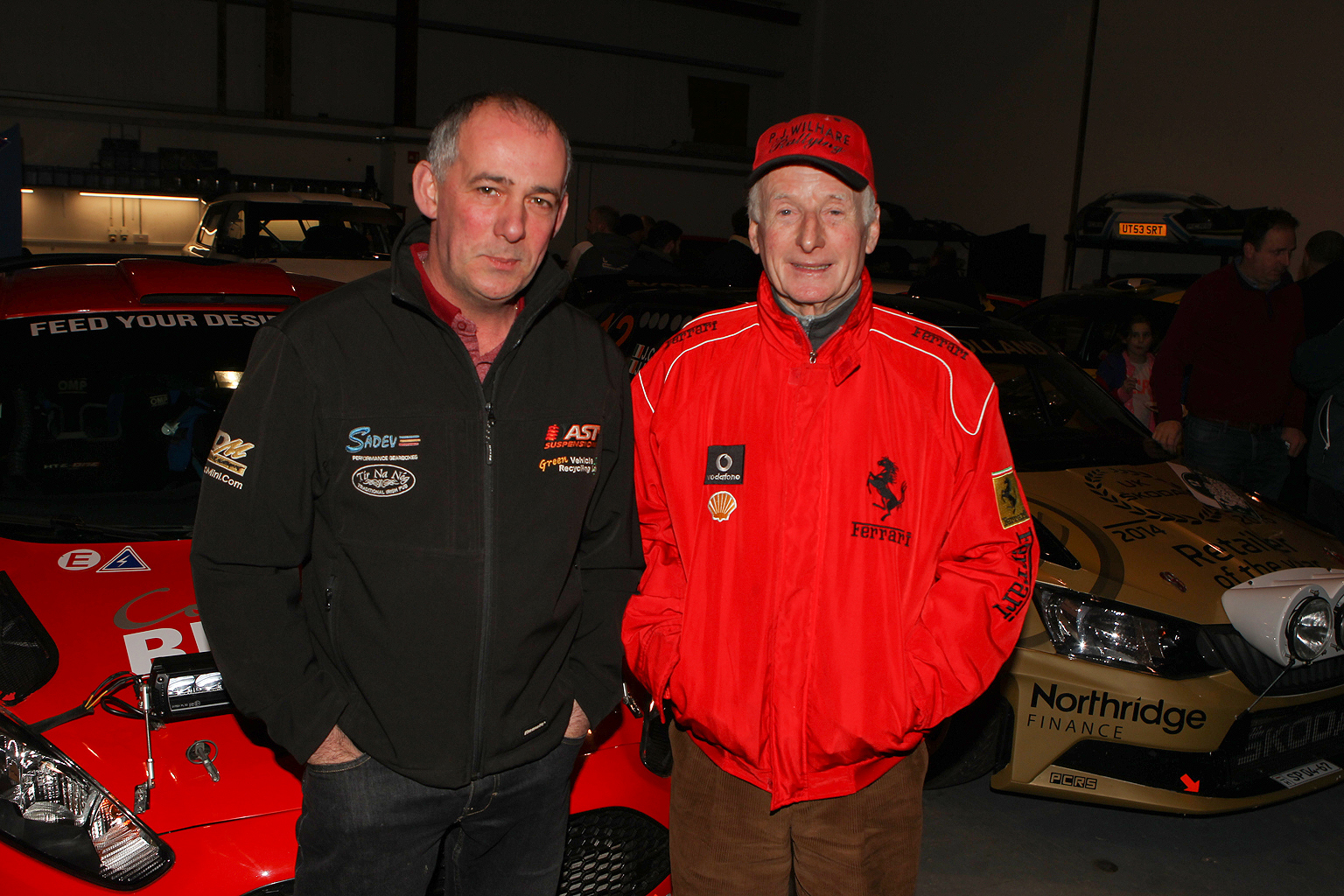 Irish NationalTarmac champion Damian Gallagher pictured with Cranford’s PJ Wilhare which were both guest for the opening of V-Tyres a part of Philip Case Motorsport in Lismonaghan on Monday night.

“Make no mistake about it”
Back in the day, the late Eamon Harvey’s first rally cars were built on a floor made from wooden sleepers which once carried the old Lough Swilly Railway line. That floor was in Jim Caddye’s garage on the Church Lane in Letterkenny, Jim’s son Danny along with Paul Sheils and Gerry Doran did the work on Eamon Harvey’s and James Cullen’s first rally cars. Then they headed to Mayo to a rally and came back with a 1st and 2nd overall for Harvey and Cullen in two Hilman Avengers.

Philip Case ironically built his first garage on the old Lough Swilly Railway Line at Newmills Station, but there was horsepower there before him! The late PF Gallagher and his sister Carrie from the mill were big into horses and transported their racehorses from Newmills station in a special high roof wagon to race meetings all around the place.

Over the last decade Philip Case worked on horsepower of a different kind as he prepared his customers purebred rally cars at his workshop in new mills which leave Letterkenny on high roof rally service vans and trailers to compete in events all around Europe.

Mini Men
The late Sammy Fisher was recalled on Monday night as one who built his own mini from a road going green Cooper S which he bought in PMPA Motors in Letterkenny.

Another Mini Man, PJ Wilhare who was a guest on the night, famously put his highly tuned Mini “off” on Knockalla ending up having the corner named after him. Wilhare’s Corner was to catch out the best of them over the years including, winners like Vincent Bonner, Andrew Nesbitt, Austin McHale, and even catching out Kevin Eves in his Toyota on this year’s Donegal.

Back to the future
The present rallying generation of Callaghans, Caddyes, and Kennedys were all there on Monday night. People like Jim Callaghan, the late Danny Caddye and Jim Kennedy were there from the start of rallying in Donegal.

They knew it was not all about winning it was more about the process.

It was about preparing for the event, something that I think Philip Case does extremely well in his business so far.

This week his work practices will be extended to the public with the opening of his tyre division at Carrygally Business Park in Lismonaghan.