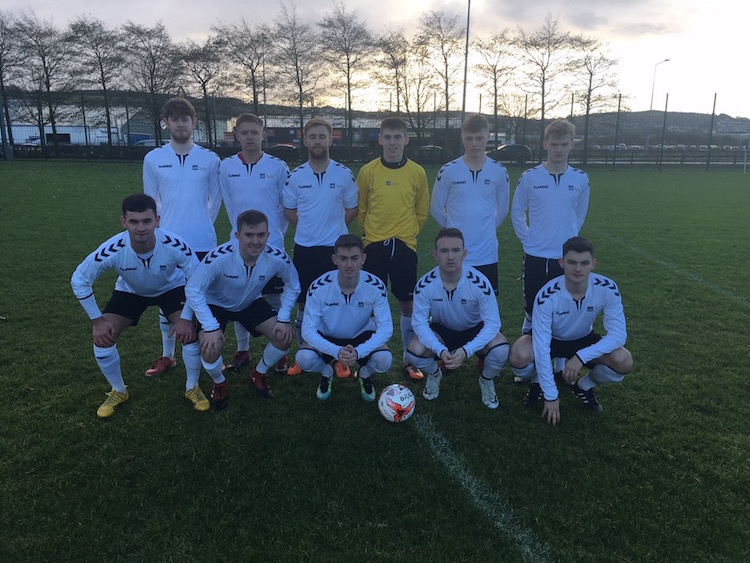 Shane Byrne fumed at his players’ decision making after Letterkenny Institute of Technology’s 3-1 loss to IT Sligo yesterday.

At the Port Road venue, LyIT fell to another disappointing defeat, continuing their poor form of late.

The visitors took the lead in the 19th minute when Gary Higgins headed home Jack Keaver’s free-kick and could have added to that goal as Higgins went close again in the 29th minute.

Four minutes before half-time it was 0-2 to the visitors when Donegal lad Timmy Govorov’s fine cross was brilliantly controlled by winger Darren Sommers who then flicked the ball over a defender before volleying past Jason Quigley for a super goal.

The home side finally pulled one back when Dean O’Donnell’s lopping header beat keeper Mannion following a corner in the 67th minute, but Keaver added another for IT Sligo.

“We had plenty of possession and opportunities, but we didn’t take them.

“Go win the headers instead of this backing off. We’re giving away needless free-kicks in dangerous areas. Poor decision making by our players has cost us.”