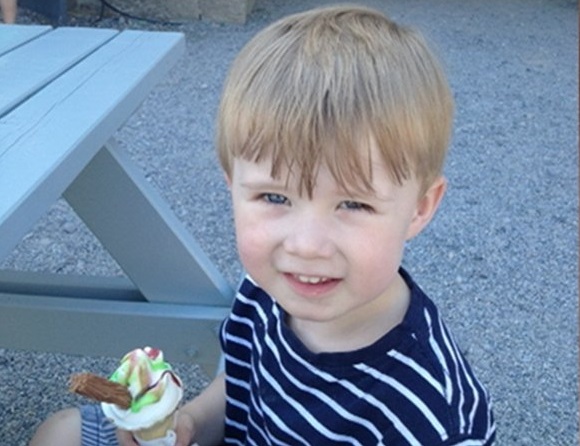 Figures released by the Gardaí show the alcohol is a contributory factor in 38% of fatal crashes in the lead up to Christmas.

Gardaí released these figures at the launch of the RSA and An Garda Síochána’s annual Christmas and New Year Road Safety Campaign.

The RSA will be airing its anti-drink driving TV campaign ‘Ciaran’ over the festive period, which features the Treacy family who lost four year old Ciarán (pictured above) in a head-on collision with a drunk driver in April 2014.

Data from 2008 to 2016 reveals that 292 lives were taken during the months of November and December, with the average number of fatalities each month for this nine-year period standing at 16 in November and 16 in December.

Sundays are the most dangerous day statistically, with most crashes taking place between midnight and 6am on Sunday mornings.

Drivers represent almost half (46%) of all road users killed in the lead up to Christmas, pedestrians represent over a quarter (26%) of fatalities, while passengers account for almost one fifth (18%).

To date this year, 143 people have been killed on Irish roads, a decrease of 26 when compared to the same period last year.

Transport Minister Shane Ross says: “The statistics revealed today by the RSA and Gardai clearly indicate that alcohol remains the primary contributory factor in fatal crashes and is responsible for far too many deaths and injuries on Irish roads.

“Given the more difficult driving conditions typical of this time of year, November and December are already particularly dangerous months for driving. However, the statistics show that road safety is diminished further in these months due to the consumption of alcohol and speeding.

“I appeal to all those socialising during the Christmas and New Year period to do so responsibly and never, ever, drink and drive.

“As Minister for Transport I am currently bringing legislation through the Dail that will introduce an automatic disqualification for people who are caught drink driving and my Department has also started work on tackling issues involving speeding offences and fines. But I would urge everyone, please do not drink and drive and keep to the speed limits at all times.