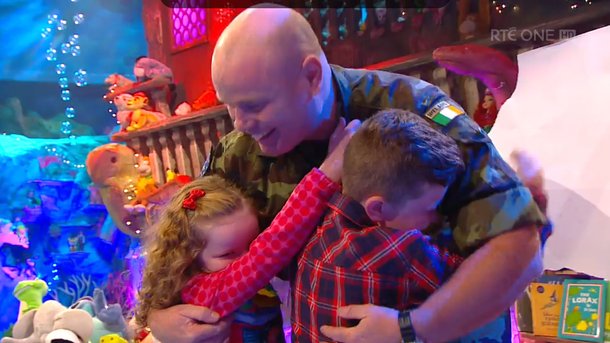 Hundreds of talented children appeared alongside Ryan Tubridy on the Late Late Toy Show, with millions tuning in from across the world to see the top toys of 2018.

Donegal was well represented on telly last night with Bobby Gallagher from Mountcharles and Donegal Town trio Revolutionary being selected to take part in RTÉ’s biggest event of the year.

If you missed the Toy Show last night you can check out our favourite moments below:

(6) This incredible rendition of ‘Symphony’

Dublin girls Brooke Gray and Amber Ryan treated Ryan to a few beauty treatments to “help him get less wrinkled!”

Hurling superfan and future Galway GAA star Daniel Brogan was overjoyed when five of his idols appeared on stage. When given the chance to ask them anything, he gasped “How are you so good?”

All his Christmases came at once for mini motoring enthusiast Bobby when his dream car was driven on stage!

Little Mia from Dublin was surprised with a much-deserved trip to Legoland.

(1) The biggest surprise of all

The number one moment has to go to the part which had the entire nation in tears.

Adam and Kayla Burke from Cork got the best surprise of all when their dad Sergeant Graham Burke landed home from Mali early to spend the holidays with his family.

That’s what it’s all about!

To catch up on the full episode, you can watch the full show on the RTÉ Player.