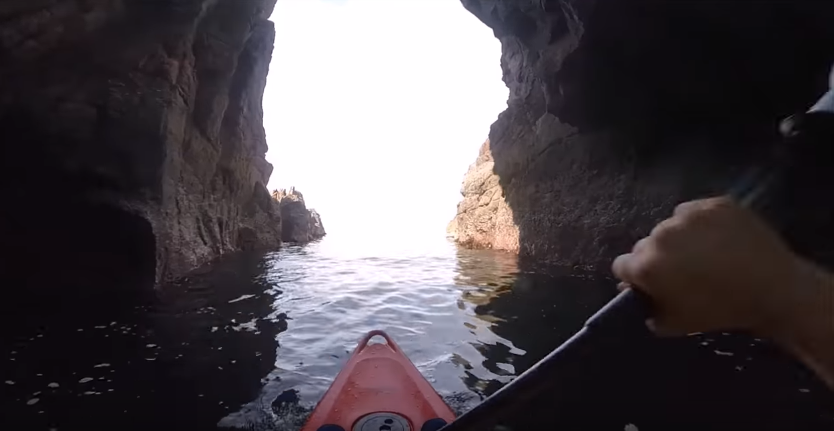 Watch: Donegal island named the most amazing place in the world to go kayaking

A Donegal island has been named the most amazing place in the world to go kayaking by Red Bull.

The island ranked higher than the ice caves in Vatnajökull in Iceland, an abandoned mine in Georgia in the USA, and even a route that takes you along the lava-oozing Kilauea volcano in Hawaii!

The rugged Umfin Island lies 4 kilometres off the coast of Gweedore, and it topped the list as you can kayak under the island!

A 300-metre long tunnel snakes under the island, cutting straight through the centre.

Red Bull says: “The tunnel is just big enough to fit a kayak and it includes a 40m section of complete darkness. But you need very calm water to kayak here – anything over a one-metre swell could ruin the trip. You need calm seas and lots of lights.”

Local kayaking expert and mountaineer Iain Miller filmed his adventure under the island.

Judging by his video, those with claustrophobia may want to opt for a different route!