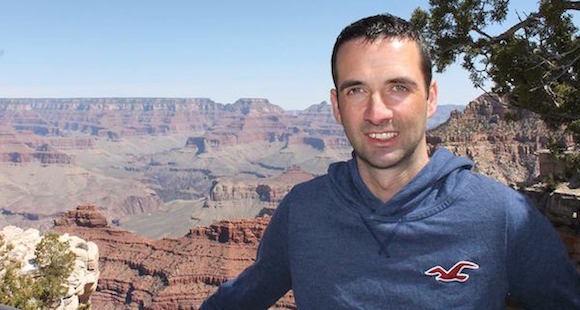 Breaking News: Michael to fly to Austria this weekend to begin cancer treatment

Brave Michael McGrath is to fly to Austria this weekend to begin what will hopefully be the start of his life-saving cancer treatment.

He pleaded for help in trying to raise €150,000 to pay for vital Immunotherapy Treatment in Vienna.

And now just two days after his appeal, his Go Fund Me page https://www.gofundme.com/a-future-for-michael has raised more than €64,000.

Michael and his family have now taken the decision to waste no further time and this Saturday he will fly to a clinic in Vienne to start his treatment.

The well-known teacher will begin his treatment on Monday and will be based in Vienna for two weeks initially.

A spokesman for the family told Donegal Daily “We’re blessed that Michael has been given this opportunity and now with the first part of this money raised, we fell that we have no time to waste.

“Michael, Susan and little Senan are very positive but none of this could have been possible but for the kindness of people.

“We still have a long way to go but we know everyone is behind Michael and he has been spurred on so much by this.”

Again if you would like to help Michael to see his little son Senan to become as good hurler as his father log on to https://www.gofundme.com/a-future-for-michael and donate whatever you can afford.