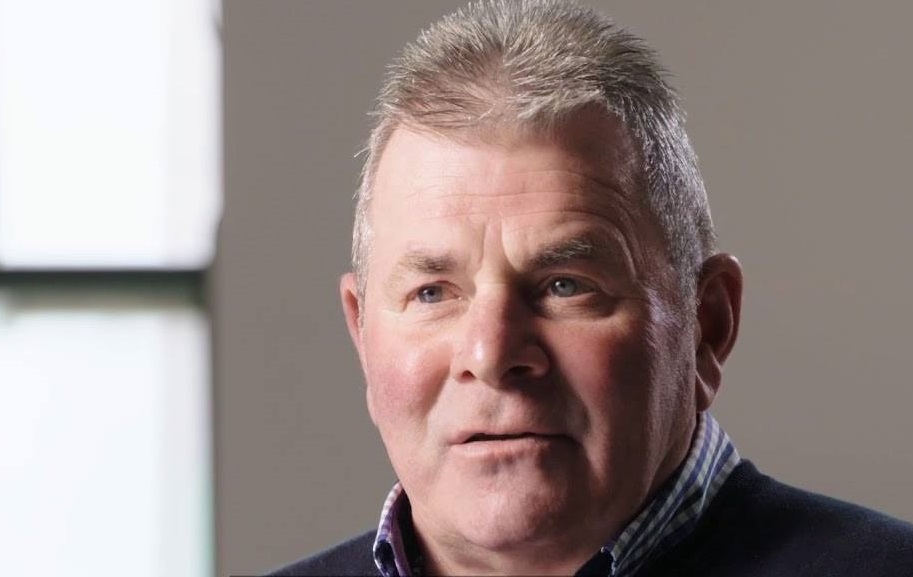 A Donegal father who counts himself as ‘one of the lucky ones’ has joined a campaign to warn others about how persistent coughs can be one of the common signs of lung cancer.

Ballintra construction worker Tony Walsh (57) had a persistent cough and chest infection before being diagnosed with lung cancer in December, 2014.

The news came as an awful shock to him. He had to have his right lung removed and a round of chemotherapy afterwards – just in case. Tony is now doing well and counts himself fortunate after overcoming the illness.

He said: “I am one of the lucky ones, I have come out the other side. I’ve had intensive treatment and my right lung was removed. It has been a long road to recovery and it could have been a very different story.

“I know how scary it is going to doctor with these concerns, especially if you are a smoker. You never want to hear those words. But early detection is crucial and it could save your life. My lung cancer was caught early because I listened to my lungs.”

Tony’s partner Heather has been his greatest support, along with his four boys aged 23-34. One of Tony’s sons, David Walsh, played with the winning all-Ireland Donegal team in 2012.

While the only lasting impact on Tony’s health is that he gets a out of breath after walking up a hill/stairs, he can’t thank the healthcare team and his family/friends/neighbours enough for rallying around him during this tough time.

Tony shared his story to help others as part of the Marie Keating Foundation ‘Listen To Your Lungs’ awareness campaign. The vital message is to alert people in Ireland about the risk of lung cancer if they have a persistent cough for more than three weeks.

More people die from lung cancer in Ireland than any other type of cancer, and the Listen To Your Lungs Campaign aimed to encourage people to visit their doctor if they have been suffering from a cough for three or more weeks, especially if this is combined with other symptoms such as breathlessness, fatigue or ongoing chest infections.

For more information about lung cancer and its signs, symptoms and treatments, visit: www.mariekeating.ie/cancer-information/lung-cancer