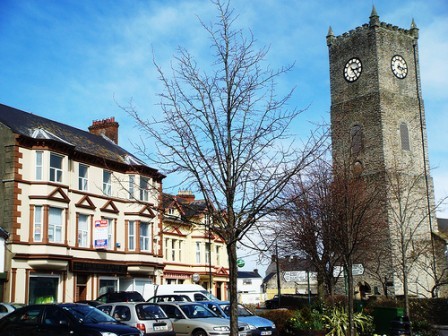 The Donegal TD, Minister of State at the Department of Culture, authorised the payment to the east Donegal facility today.

“This money will be used to expand the services offered by the centre in Raphoe including to tourists,” said Minister McHugh.

“Around €42,000 of the money will go towards the purchase of interpretive signage at the centre which will help re-create the experience at the Ulster Scots Centre in Belfast.

“A number of pipe bands and cultural groups currently use the centre with history project and writers groups also meeting there.

“The facility, recently expanded, has the ability to attract more tourists year-round to Raphoe and increase awareness of the rich Ulster-Scots culture in Raphoe and the surrounding area in East Donegal.

“A further €9,400 will be spent on external signage and some interior decoration to help the general appeal of the space. The long term plans include to offer the facility to the wider community in the year ahead for use for talks, lectures and other events.”

Minister McHugh added: “I want to congratulate all those involved in the centre for their continuing vision and I am happy to help them in their promotion of the rich Ulster-Scots heritage of the county.”