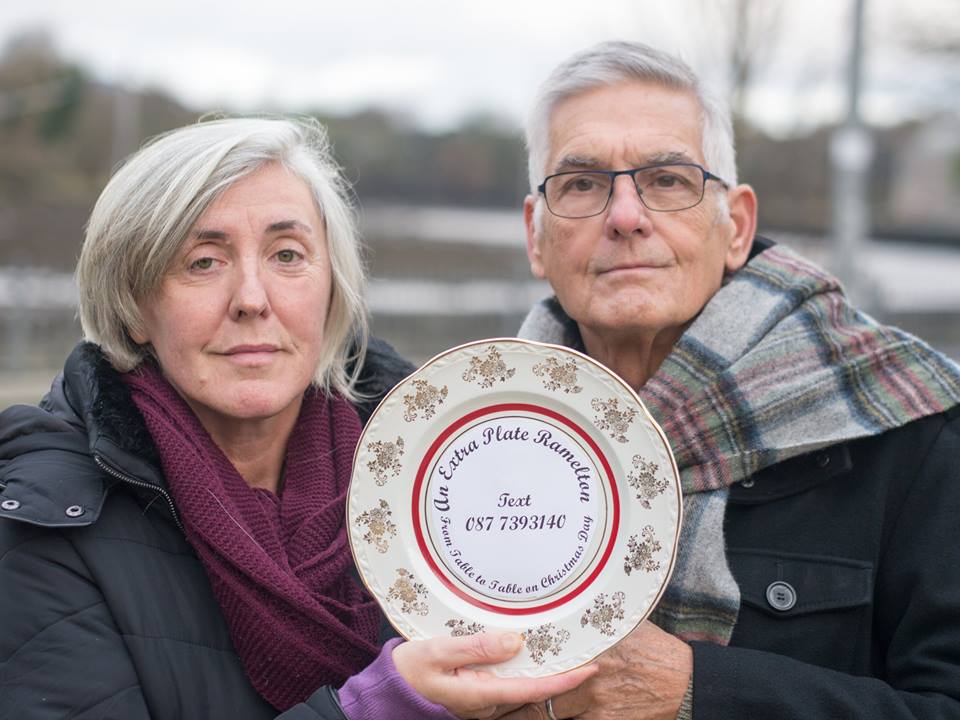 A Ramelton-based initiative has been set up to help people share Christmas dinners from one table to another on December 25th.

The project, called An Extra Plate, will be offering free Christmas dinners with all the trimmings for people in the local area, which will be delivered to the door on Christmas Day.

An Extra Plate is the brainchild of Castle Street couple Anita Guidera and Don McMahan. The idea involves volunteers collecting an extra plate of dinner from generous donors and delivering it directly to people who, for whatever reason, are unable to partake in the festive feast.

“The idea is a simple one but it could make the day a little bit more special, for both the givers and the receivers,” explained freelance journalist Anita Guidera.

“We wanted something that would cause minimal disruption for everyone involved. Most people want to be in their own home on Christmas Day and this way, apart from the drivers, no-one has to leave their home. We will show up to collect or deliver hot meals and be gone in seconds!”

The couple have been overwhelmed by the response after launching the ‘An Extra Plate-Ramelton’ Facebook Page less than a week ago.

“Within minutes of putting up the page, someone had offered an extra plate and the offers have been flooding in since then.”

Do you have extra helpings you can share on Christmas Day?

So far over 30 dinners have been pledged, three people have offered their services as drivers and one person has even offered to cook an entire Christmas dinner, complete with turkey, ham and all the trimmings for a family or group.

They are now actively seeking people to get in touch and put their name down for dinner or dinners to be delivered to their home on Christmas Day.

“Asking for something can be tough and we wanted to make it as easy as possible. So, our message is if you ask, either on your own behalf or on behalf of someone else, with their consent, we will say yes. We will commit to making it happen,” stresses Don McMahan.

He explains that An Extra Plate is not intended to cut across or disrupt existing services or arrangements.

“Many people will have their arrangements made with neighbours or family or the support services which are out there and that’s fine. We are hoping that An Extra Plate can plug the gap for people, who for whatever reason, maybe even a last minute emergency, are in need of dinner or dinners on the day.

“We will be able to take texts, Facebook messages and phone calls right up to 4pm on Christmas Day.”

The couple adds that while An Extra Plate-Ramelton is targeted at people living in and around Ramelton, they will be liaising with existing initiatives such as the annual Christmas Day Dinner For People on Their Own, which takes place in Conwal Parish Hall, Letterkenny.

“We believe that what we are doing will work best at a micro level so it would be great for people in other places to set up An Extra Plate in their area. While our commitment is to say yes, if someone needs a dinner somewhere else in the county, we will do our best to try to make a match.

If you or someone you know in the Ramelton area is in need of Christmas dinner text 087 7393140 or send a message to the Facebook Page.

They insist that the privacy of all those who participate will be respected.