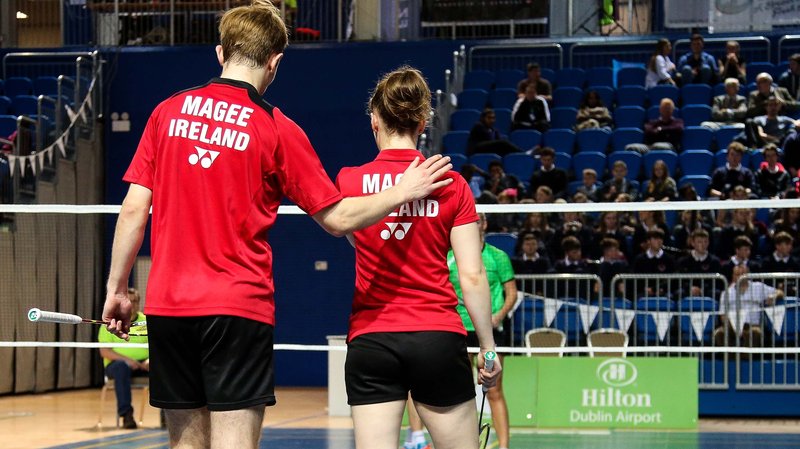 Badminton – Agony for Magees in finals at Irish Open

Mairs and Moore took the first game 21-16 and the pressure was on the Magees heading into the second game, when the English duo surged to victory 21-13 at the Sport Ireland National Indoor Arena in Dublin.

Mairs and Moore reached the final via a thrilling 21-16 21-18 win over Alex Vlaar and Iris Tabeling and, earlier in the week, had beaten another Irish duo, Ciaran Chambers and Sinead Chambers, 21-16 16-21 21-18 in a cracking match.

The Magees knew they had to up the ante, but the English pair had the bit between their teeth.

At the interval in the second game, Mairs and Moore led 11-10 with the scores having been level no fewer than seven times.

The Magees accounted for Adam Hall and Ciara Torrance from Scotland 21-12 21-12 in their semi-final yesterday, having opened Thursday by defeating Polish pair Milosz Bochat and Aneta Wojtkowska in straight games 21-14 21-14.

There was also disappointment for Sam and Joshua Magee in this morning’s men’s doubles finals. The Raphoe brothers lost out to Alexander Dunn and Adam Hall from Scotland 21-15 6-21 21-10 in the decider.