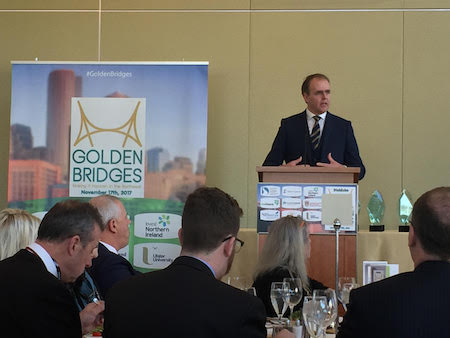 Minister McHugh said the confirmation that checkpoints will not be reintroduced along the frontier with the North would be welcomed by communities in both jurisdictions.

“Ireland achieved all our goals in the Phase 1 negotiations including, crucially for people in this county, that there will be no hard border after Britain leaves the EU,” said the Donegal Fine Gael TD.

“The agreement preserves the Common Travel Area and protects all the relationships agreed in the Good Friday Agreement.

“Once again our Taoiseach referenced what this means to the people of Donegal – that there can no return to a border between Letterkenny and Derry. He understands our situation and recognises what life is like now for people in the North West and what life was like prior to our peace.

“Crucially too, further funding from the EU to help us on the path to reconciliation will continue through Peace funding which is so important for the border counties. This will now continue until 2021 with a commitment to examining it further.”

Minister McHugh added: “I’m aware that this is just the end to Phase One of the negotiations and there are further negotiations ahead but it is a major step forward.

“Talks may have taken place in Brussels but they have huge implications for places like Bridgend, Lifford and Pettigo and people who live in all our regions can be much more confident about our future thanks to this agreement.

“I want to pay tribute to all our ministers and diplomats who have played a crucial role in recent months to get us to this point.”