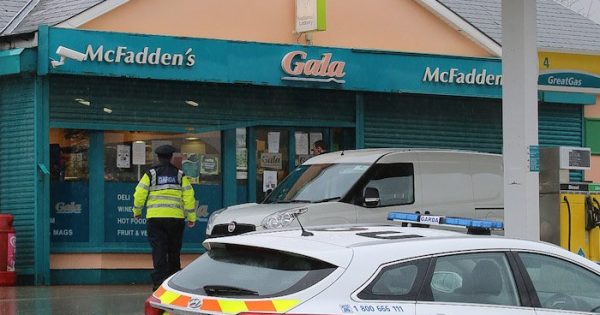 Gardai are investigating another break-in to a service station – this time in the Glenswilly area.

It is not known at this stage what was taken in the raid but it is believed the raid is connected to recent robberies.

Donegal Daily understands that similar to other raids, alarms were cut and telephone wires disabled.

However, it is understood the gang may have been disturbed.

The gang was later spotted in fields and Gardai were alerted.

However, it is not understood that any arrests have yet been made.

The robbery is the latest in a spate carried out by what Gardai believe could be the same gang.